“Faces of Freedom. Maidan” travels across Ukraine with Docudays UA

“Faces of Freedom. Maidan” travels across Ukraine with Docudays UA 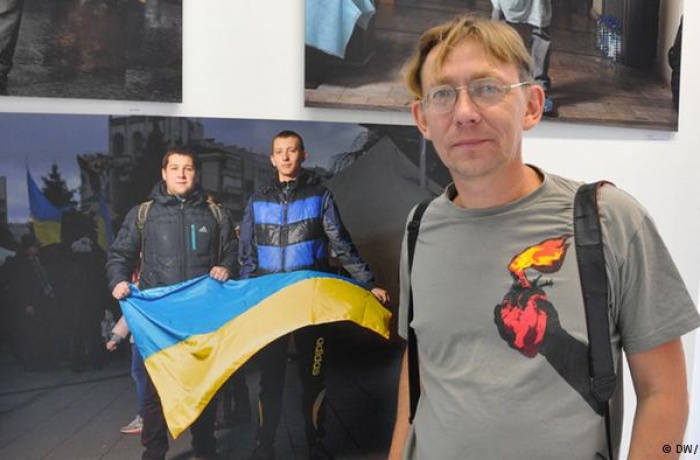 During November-December, a photo exhibition of the artist Ihor Haidai “Faces of Freedom. Maidan” will be shown in several Ukrainian cities along with Docudays UA Travelling Human Rights Documentary Film Festival. We invite you to look at unique photo portraits from Maidan by the famous Ukrainian photographer.

The author notes that the portrait series “Faces of Freedom. Maidan” is staged, but all its characters are real participants of Maidan. The photographer approached them and took their photos right on the street. At first, he was on Maidan not in the role of photographer. But then he felt he should capture people’s faces. His photo exhibition includes portraits of Ukrainians from all the regions, even those where the war is happening now, as well as Crimea. “Maidan has set in motion a lot of processes that had long been missing. All the people were brothers, carriers of freedom and European values, such as transparent business, adequate relationships between people and government, a normal society. These photos are meant to let us remember it and philosophically reflect on these momentous events,” says Ihor Haidai.

We invite you to recall the landmark months and those who made them happen. The Maidan heroes are captured by Ihor Haidai, just for a moment distracted from their revolutionary routines. There is no fear, no reproach and no doubt in their eyes. Only faith – faith in victory. The exhibition has been already shown abroad – in London, Berlin, New York. In Berlin, some of the photographs have been included in the permanent collection of the Berlin Wall Museum.

The screenings are supported by the Government of Sweden.