The ХІth Travelling came to an end. The final stop was Kharkiv

The ХІth Travelling came to an end. The final stop was Kharkiv 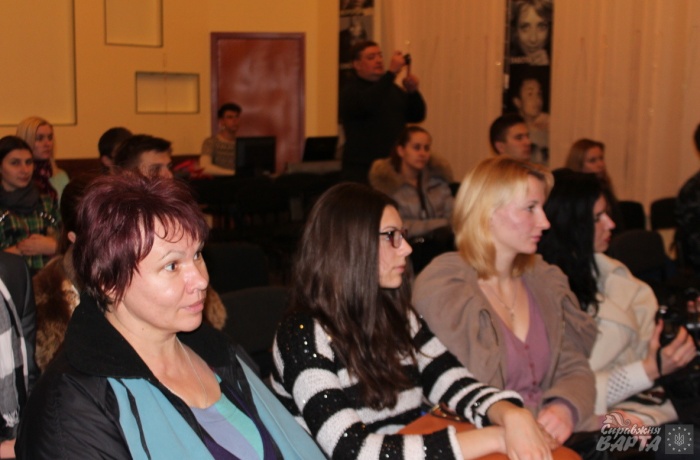 In the end of december final screenings took place in Kharkiv within a three-month trip of the ХІth Docudays UA Travelling Festival. And now festival's team came to its traditional stage – preparation for the ХІІth Docudays UA International Documentary Human Rights Film Festival which will take place on 20-26 March in Kyiv. Read more on final screening of the Travelling Festival in Kharkiv.

On 24 December a Social Initiative ‘Laboratory of peaceful decisions’ organized screening of a documentary film Amosov – Centenary by a Ukrainian director Sergey Lysenko. The event was organized in collaboration with the Docudays UA Travelling and a School of young leaders “Bridge”. The film depicts a many-sided personality of Mykola Amosov - a  doctor, an engineer, a cyberneticist, a writer, a public activist, a scientist, a man of thought. He was notable for his unique ability to make a great qualitative advancement in everything he touched. Amosov can be called a Renaissance man. His intellect, health, and creativity were in complete balance and harmony.

The event was opened by Yuriy Chumak, a partner of the Docudays UA Travelling Festival. ‘Last year Mykola Amosov, an outstanding cardio-surgeon, a person who achieved much in different fields of expertise, celebrated his hundredth anniversary. In honour of this anniversary a collection of films was prepared, which includes the film presented today’, remarked he. Amosov saved thousands of lives. Having witnessed many deaths, still his highest value was human life. Amosov couldn’t resign himself to the death of his patients. Each death he considered his own defeat, even if a case was hopeless.

And on December, 26 the Travelling moved to Kharkiv region where upper-form pupils of Bezlyudniv legal lyceum watched a film Liza, go home! by a Lithuanian director Oksana Buraja. The social oriented film provoked a heaty discussion of the depicted situation and also inspired numerous comments. This enabled teachers to discuss with youth social standing of children in Ukraine and children rights protection in the state.