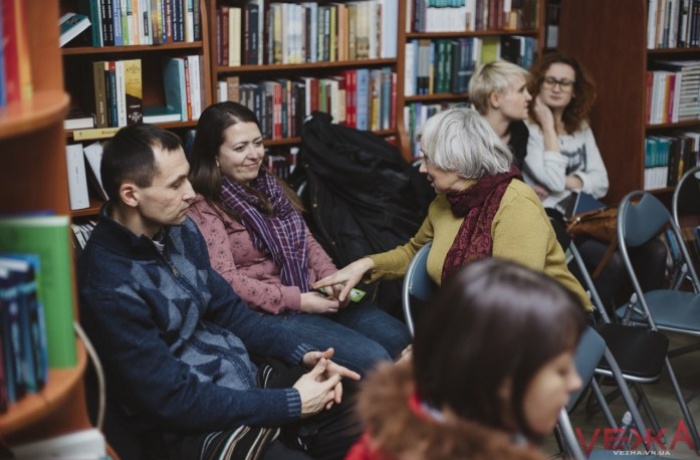 3-month journey of the Travelling Docudays UA ХІІІ came to an end. The festival has visited 23 regions of Ukraine and Crimea. The last screenings and human rights events took place in Odessa, Vinnytsia and Sumy regions.

This is the third year for “Ye” bookstore to host the Travelling Docudays UA in Vinnytsia. Among this year’s films were: “The Living Fire”, “Intersection”, “Solidarity According to Women”, “Lost”, “Ten seconds”, “Ostap”, “Battles” and “The Fighter’s Song”. 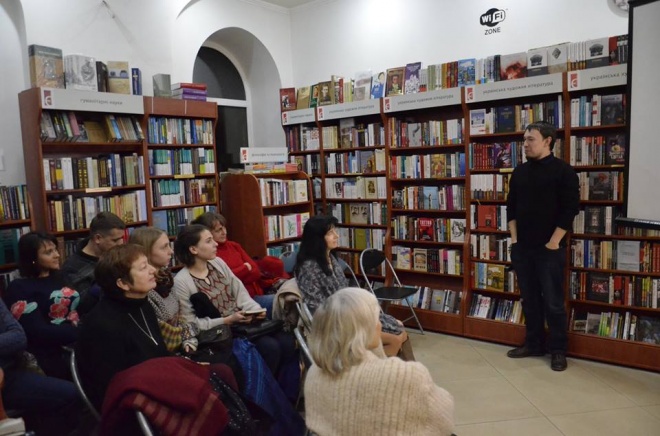 Discussions after screening in Vinnytsia

Traditionally, the viewers stayed for discussions after films. In particular, after “Call me Marianna” by Karolina Bielawska the viewers talked about the right to choose and the personal happiness of the heroine.

“This is a very humane film. It’s good to show such stories, despite different audience who might not be ready for this and could misinterpret the director’s intentions. This is a sort of an indicator of one’s humanity” - shared his opinion Oleksandr Vesheleni, art-manager at “Je” bookstore. 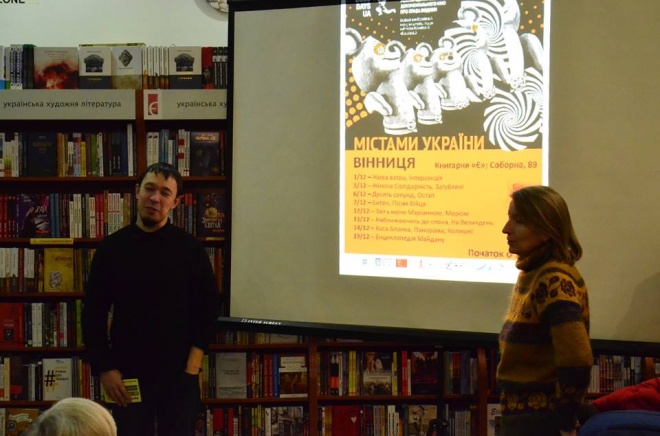 The last screenings in Vinnytsia took place on December, 19th - 20th. Among the films were stories from “Encyclopaedia of Maidan” by Serhiy Lysenko. Training “You and the police” closed the festival on December, 20th. Civic activists from Vinnytsia region learned about the peculiarities of work in the police, the law, the rights and duties of people who work in the police, the right for legal aid and the algorythm of receiving it.

The festival visited Odessa region for the fourth time. More than thousand viewers watched 10 films during the Travelling Docudays UA ХІІІ that visited Odessa, Tatarbunar and Podilske on December, 10th through 20th. The screening took place at libraries and in cinemas. Special screenings for highs school and university students took place at educational institutions; the screenings were also held for policemen and civic police formations. 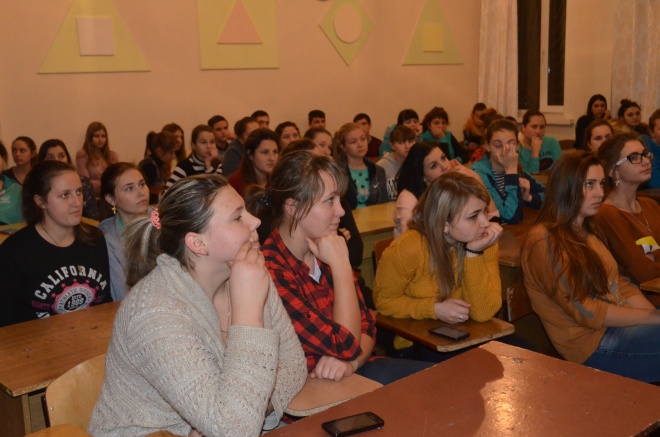 “Ukrainian Sheriffs” by Roman Bondarchuk opened the festival program in Odessa region. It was symbolic that the festival started on the 10th of December, which is also the Human Rights Day. The first viewers in the hall of the Territorial Administration of Justice in Odessa region were future policemen - cadets of the Odessa State University of Internal Affairs.

“Ukrainian Sheriffs” holds one of the records for the number of screenings in Odessa region. The film also closed the festival in Odessa on December, 20th. 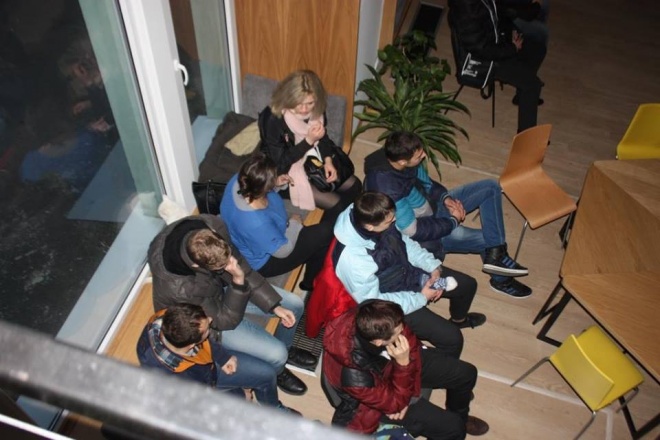 “Dumaidan” also took place in Odessa within the human rights program of the Travelling festival. The project aims to draw attention to the worsening state of green zones in the cities and villages of Ukraine. Trees and planted areas are being destroyed catastrophically fast. “Dumaidan -2016: photo-moments” is a photo exhibition by civic eco-activists and journalists that took place in the building of Hryshevsky Odessa Regional Universal Science Library.

The last screening of the Travelling festival in Sumy was on December, 26th. Students and teachers of a vocational technical school watched “Road of a Migrant” by Olena Fedyuk. Traditional discussion took place after the screening. The moderators were Yuliya Tarasenko, Travelling Docudays UA coordinator in Sumy region and Anna Hrytsyna, cultural organizer of Sumy City Center for Youth by Sumy City Counsil. The talk was about the rules of safe migration, and how to ensure safety while getting a job abroad. 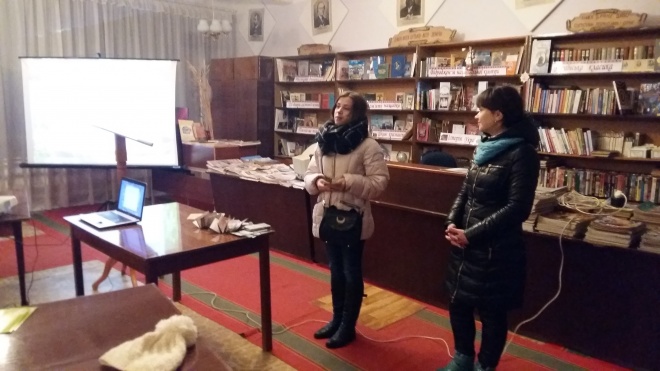 The Travelling Festival in Sumy offers not only documentary films. An educational event for youth on human rights and possibilities of their defence took place on the last festival day, the 27th of December, at Sumy City Center for Youth by Sumy City Counsil. 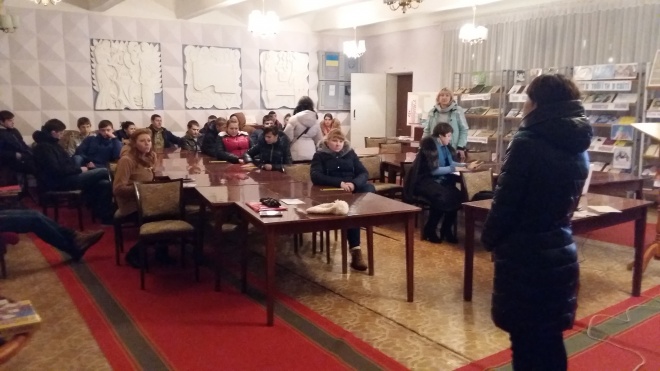 The event was informational and practical. The participants were offered “life” situations, where human rights were violated, analysed them together and tried to figure out possible counter-actions. Special attention was given to questions of the civic activity as one of the effective ways to ensure the respect for human rights, the importance of education in human rights through documentary films and the organization of information campaigns.

The festival is going to offer diverse program again in 2017, and now Docudays UA team has entered the traditional stage of preparations for the ХІV International Human Rights Documentary Film Festival Docudays UA, that will take place on March, 24th through 31st, 2017 in Kyiv. See you at the screenings!