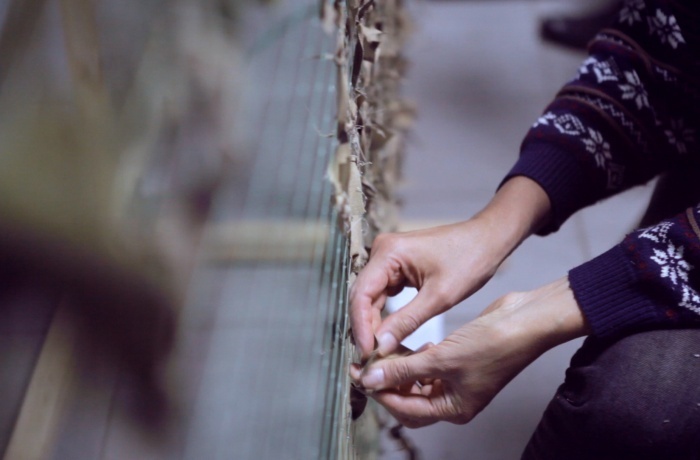 XIII Travelling Docudays UA starts on October, the 17th. During three months inhabitants of more than 250 cities and towns in Ukraine will be able to see documentary films. They are powerful stories about activism, post-war rehabilitation, neglection of the difference, rebellious apporoach to education and more than 40 best films from Ukraine and the world.

This year’s festival offers program full of films that raise problems common to Ukraine as well as to the rest of the world. These are stories about migration processes in “Road of a Migrant” by Olena Fedyuk and rehabilitation of former military men in “Of Men and War” by Laurent Bécue-Renard.

Stories about neglection of the difference in films “Call Me Marianna” by Karolina Bielawska and “Pervert Park” by Frida Barkfors and Lasse Barkfors.

“Hooligan Sparrow” by Nanfu Wang and “Solidarity According to Women” by Marta Dzido and Piotr Śliwowski are films with a unique view of women’s activism during authoritarian regimes.

“Strange Particles”, is a delicate film by Denis Klebleev, a story of a “strange man” being rejected by the social organism.

A film about nature of the revolution - “Varta1, Lviv, Ukraine” by Yuriy Hrytsyna. It’s an example of experimental documentary that demonstrates the search of a new film language among Ukrainian directors.

For the first time at this year’s festival: 9 short films by young Ukrainian directors from DOCU/UKRAINE national competition. Some of them live and study abroad, others don’t even have professional education. Some of them are passionate about politics, others go deep into themselves. There are directors who are still learning, and those who have won awards at international film festivals. Each of them strives to answer the ultimate question: “What’s happening to us? What’s happening to me?”.

Travelling Docudays UA also has special events. One of them is a screening of “The Living Fire” by Ostap Kostiuk, an art documentary film about the life of shepherds in the Ukrainian Carpathians, and the fate of traditional crafts against the background of modern change. In the last two years the film has won several awards at international film festivals and introduced present-day Ukrainian documentary films to the world.

“Dumaidan” will also take place as part of the human rights program of the Travelling festival. This progect aims to draw attention to the worsening state of green zones in cities and villages of Ukraine - the trees are cut down and the green zones are destroyed catastrophically. The first Dumaidan launched this March in Kyiv during Docudays UA festival. Similar events will take place in Lviv, Odesa, Ivano-Frankivsk, Kharkiv and Ternopil.