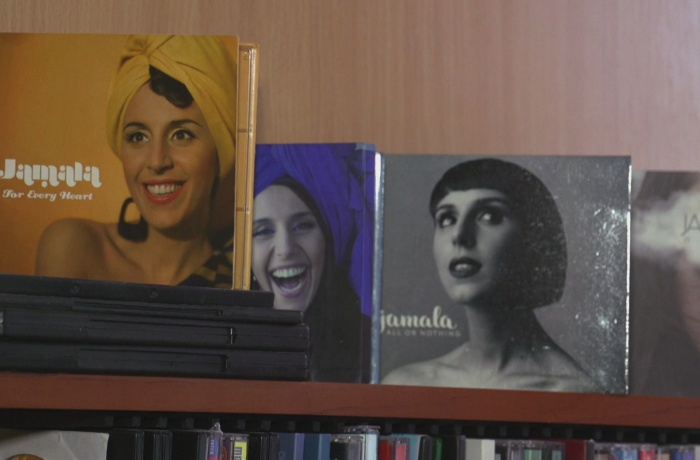 Twelve Ukrainian and foreign films and more than a thousand of viewers — this was the 14th Traveling International Human Rights Documentary Film Festival Docudays UA in Volyn, which took place between November 23 and December 8.

A story about the volunteer soldier Valeriy Lavrenov opened the Traveling Festival in Lutsk. Even though the film lasts for more than an hour, it captures the audience until the last line of credits. What is the most valuable for a person in their life? I life itself the value? Can you survive the pain of losing the closest friends, and how does your consciousness change when you see death with your own eyes?

Dmytro Urayev, the head specialist of the Cultural Department of the Lutsk City Council, and Oleh Liahutko, a lawyer from the Center for Secondary Free Legal Help in Lutsk, know the war first-hand. According to them, the fact that Lavr, who lost his fellow soldiers in the Ilovaisk Cauldron, came back as a completely different person is an obvious and unchangeable fact: people’s mind changes, their worldview, their sense of justice becomes more acute, and they are more demanding of the world to which they return.

The screening and discussion of the film The War of Chimeras was also organized for police officers of the Central Administration of the National Police in Volyn region, and for the visitors of the Novovolynsk Central City Library, particularly the students of the College of Electrical and Mechanical Engineering.

And the highest number of screenings in Volyn, eleven, were organized for the film by the Swedish journalist Elin Jonsson Jamala’s Struggle. Its audience included high school students from Lutsk schools and lyceums, college and university students, activists from youth organizations and others.

The film has many striking moments: the frightening numbers of the Crimean Tatar genocide in 1944, the consequences of the annexation of Crimea in 2014. Redvan Zekiryayev, a former military servicemen and an activist of the NGO Crimean Tatars of Volyn, said that he was also born in a family of deported Crimean Tatars, served in Kerch and witnessed the invasion of the Russian Army into Crimea. “When I saw the medical division column, I realized that everything was very serious,” said Redvan. “I was not going to defect to Russia, because my native land is Crimea, and my country is Ukraine.” The man does not know if he will ever go back to Crimea. Just like most Crimean Tatars.

Schoolchildren and the adult audience perceived the film differently, but nobody was indifferent. Some people were he most impressed by the depth of the origin of Jamala’s song, others by the fact that she cannot visit her parents, still others by the scale of destruction by the KGB machine of whole nations — Crimean Tatars, Ukrainians, Belorussians… All of this indicates one extremely important thing which was articulated by Jamala in the film and emphasized by Redvan Zekiryayev: we must know our history, the history of the country we live in, and we must not be indifferent to the events that happen in the world. Because forgetting leads to disappearing.

Other films from the Traveling Docudays UA collection also caused many emotions and discussions, particularly the films about human relationship with the nature, with the world of animals and birds — Born to Be Free by the journalist director Gayane Petrosyan from the UK, The Nature of My Heart by the Finnish documentary director Jaakko Ruuska, Refuge by the Ukrainian director Anastasia Maksymchuk. It was hard and painful to watch some shots, but films like these make us look at our internal world and the world we live in without “pink glasses”.

NGO Volyn Press Club is sincerely grateful to all partners for organizing screenings in Volyn, and to media partners for the informational support of the festival.