Activists are complaining, but the government is standing in the way of changing people’s lives for the better

Activists are complaining, but the government is standing in the way of changing people’s lives for the better 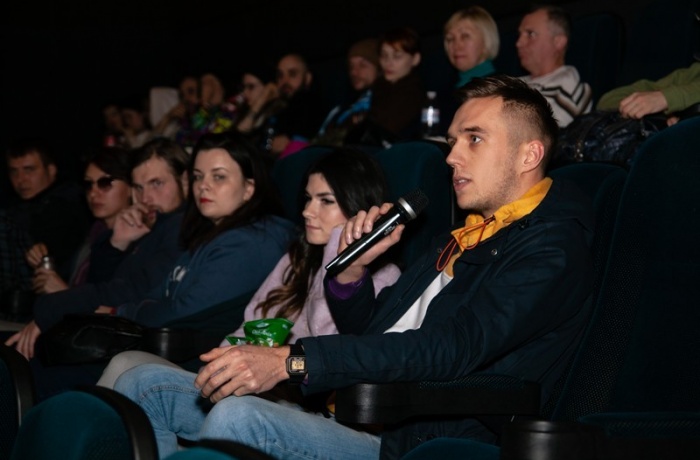 The screenings of the Travelling International Festival Docudays UA have just ended in Kryvyi Rih. The Travelling Festival here took place between 2 and 14 December.

The bulk of the films were screened at the Multiplex Cinema. For instance, on 4 December, the audience saw as many as three documentaries, two of which were about activists: Shut the Fuck Up! and Illusion. The first film, directed by Taisiia Kutuzova, was from the CIVIL PITCH collection; it’s about young Serhiy Chaharov from the village of Hatne near Kyiv, where he has fought against the local corrupt authorities since he was 15. The action of the second film, directed by Leonid Yezhurov, takes place in Kherson. To save the building of a former cinema hall, local activists created a culture space in it; but the building is in the city center, so it’s attractive to officials. A veritable war for territory breaks out between the two sides of the conflict.

For Kryvyi Rih, the topic of fighting between officials and activists for territory or illegal construction is relevant, but the most urgent problems are the environment, transportation, lack of animal shelters or accessibility for people with disabilities. Many local activists came to the screening, and they started a lively discussion of what they had just seen after the screenings ended. The conversation was moderated by Sophia Skyba, the editor of a Kryvyi Rih online information portal.

The activists spoke about the most painful topics for them, complaining that sometimes you just want to give up your fight for justice. And it’s all because of “well-meaning” people, who “cut your wings off,” saying that you’ll achieve nothing. They spoke about how difficult it was to raise the residents up, because the majority of them don’t need anything. People want someone else to solve everything for them.

They also mentioned the cases of Stertenko, Gandziuk and other famous activists. Kryvyi Rih is not an exception, because here, the perpetrators of attacks against local activists and journalists—including Mykola Chyrva, Sophia Skyba, Serhiy Mokryakov, Andriy Nemchenko, Borys Bychkov, Vitaliy Kovalenko and others—have not yet been punished either.

“If not for activists who constantly fight against the power, there would be no progress in the country. The authorities feel as if they’re kings, although they are just managers hired by the people. In Europe, whole populations come out to protest if they don’t like something, and here, it’s impossible to get people to come out to the streets,” said Artem, an activist from the Alliance of Animal Defenders.

Rostyslav, an audience member, added, “Many people work only with their tongues, because it’s dangerous to be an activist in our country. The problem is that one person cannot do everything for everyone, but the majority don’t care what’s going on around them.”

“Among activists, there are also ‘dangerous’ people who spread disinformation, ‘throw the ball into someone else’s court,’ and pretend to be white and fluffy. You can’t tell a respectable foundation that ‘your workshop is just money laundering,’ because then they’ll cut you off their circle,” emphasizes Olha Kostina, an activist who fights for equality in Kryvyi Rih.

Another problem is pseudo-activists, people who are close to the government and sincerely pretend to be actively fighting against officials, while in fact they only collaborate with them and draw attention away from more important problems.

Roman from Kryvyi Rih believes that the film’s protagonists are depicted in a rather one-sided manner. “I have a feeling that the filmmakers are forcing me to take a certain stance. I don’t like that I have to take one side. Are the problems in the film actually so serious, or are the activists just blowing them out of proportion? If I was from Europe and saw these films, I’d think that the authorities and the police are bad, but is it really true?”

“Every year, screenings in the city bring more and more people together. If as early as a year ago, a screening could be attended by only 15-20 people, this time the number of viewers at each screening almost doubled. People are becoming more conscious, more and more curious about life beyond our city. Many people who couldn’t be at the festival are inquiring about the films and asking to screen them again,” said Stanislav Korniyenko, the Festival’s coordinator in Kryvyi Rih. 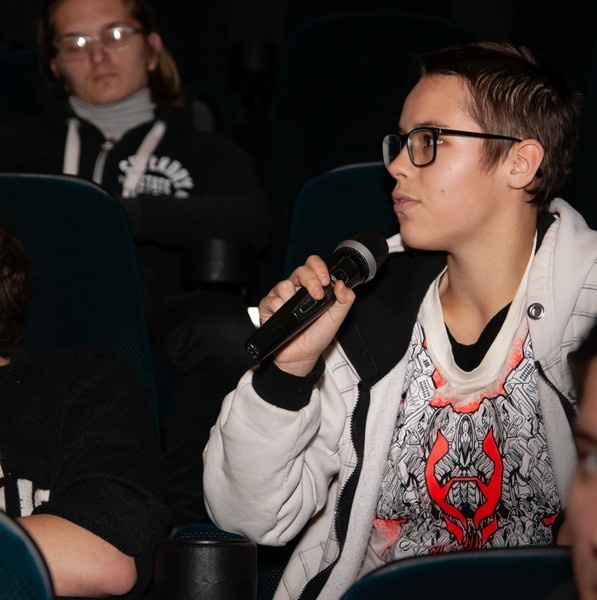