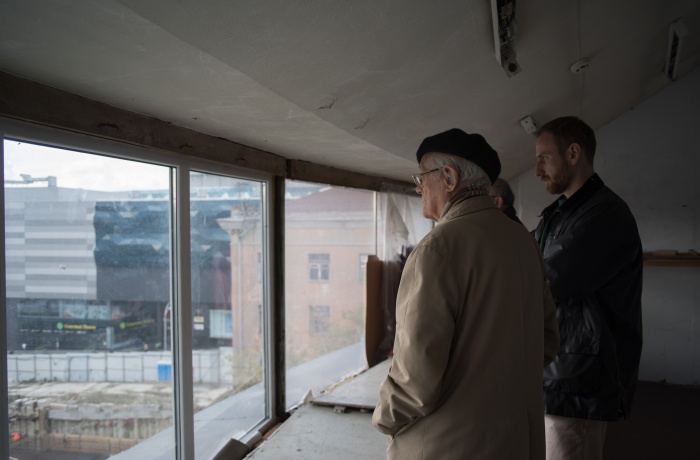 Florian Yuriev is an architect, artist, violin maker, theoretician and poet. At the age of 90 he has to master another, completely new skill. In order to save his architectural project, Kyiv’s ‘Flying Saucer’, from turning into part of a shopping mall, Florian Yuriev launches a campaign against the arbitrary power of developers in the capital. 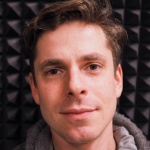 Oleksiy Radynski is a documentary filmmaker and writer. His films have been screened at the Oberhausen International Short Film Festival, DOK Leipzig, Guanajuato, Watch Docs (Warsaw), Odesa IFF, Nowe Horyzonty (Wroclaw), ‘86’ (Slavutych) and other festivals, as well as at e-flux (New York), S A V V Y Contemporary (Berlin), the Institute for Contemporary Arts (London), and other venues. His film The People Who Came to Power (2015, co-directed with Tomáš Rafa) won the main prize in the national competition at Docudays UA in Kyiv.