“Human rights through the eyes of children”: exhibitions in Uzhhorod and Rivne

“Human rights through the eyes of children”: exhibitions in Uzhhorod and Rivne 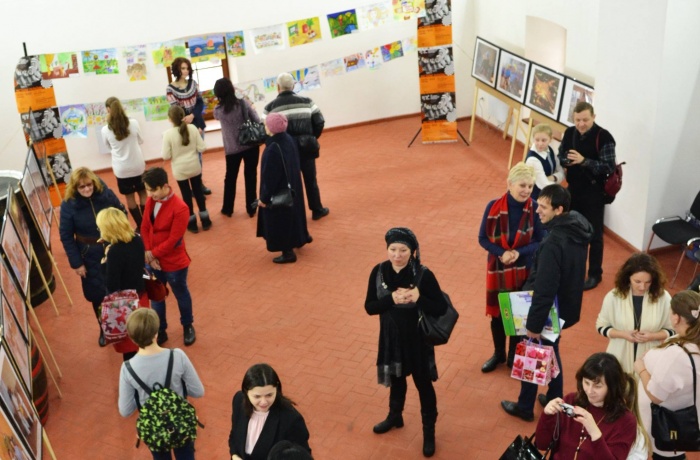 Films from “Encyclopaedia of the Maidan” cycle were screened at Uzhhorod schools for alsmost three weeks. All the screenings were followed by hot discussions and impressed the students very much.

As result, an exhibition has opened on the base of architectural monument “Owl’s nest”. Children’s photo exhibition took place as part of the ХІІІ Docudays UA International Travelling Human Rights Documentary Film Festival. 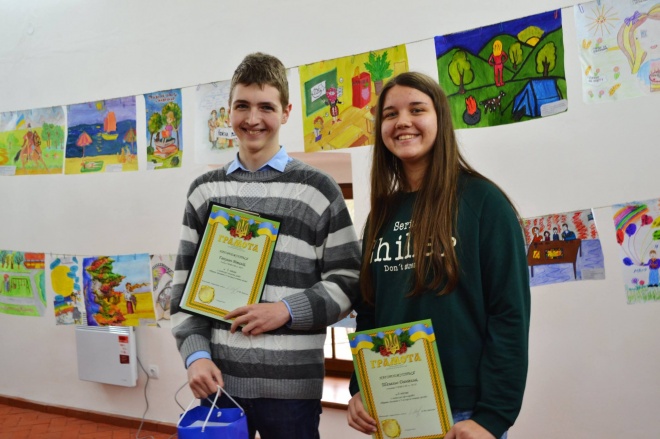 Maria Symkovych, the exhibition’s organizer, mentioned, that the event takes place for the third time and has become a tradition. This year’s exhibition and competition are international. The exhibition will visit schools not only in Uzhhorod, but in Slovakia (schools in the cities of Prešov and Kosice). 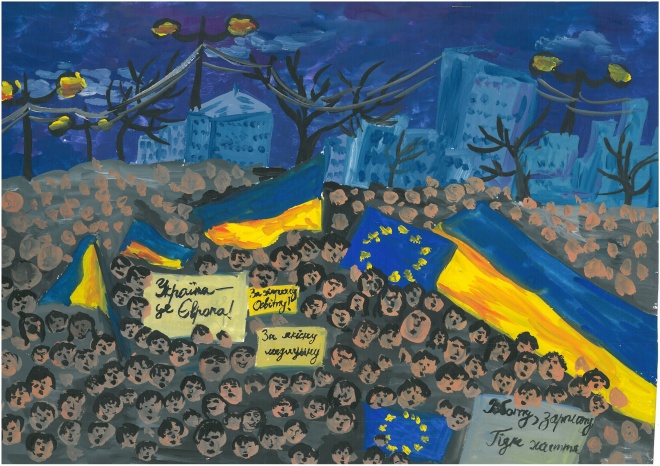 The winners of the drawing competition “Human rights through the eyes of children” in Rivne were announced, too. Participants and the winners of the competition were granted certificates and valuable prises on Sunday, the 18th of December at Rivne Regional Universal Science Library. 27 works were sent for the competition not only from Rivne city, but from Zdolbuniv, Kostopil, Mlyn and Rivne districts as well. 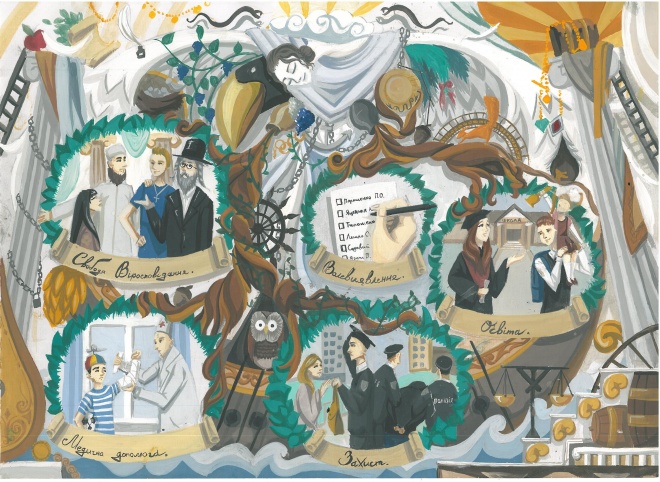 The participants were divided into two groups by age:7-12 and 13-17 years old. The winner in the first (younger) age group is Victoria Myroniuk, student of the 6-A grade at Ukrainian gymnasium in Rivne. She called her work “The future of the country is in our hands”, and explained, that “With this drawing I’m showing that Ukrainian people have the right to decide on the political, economic and social fate of their country, using peaceful assemblies”. The winner in the second group is Anastasiya Hanas, student of the 9-A grade at Kvasylivskiy NVK “Lyceum school”. Commenting her work, she worte: “A person should feel safe in all aspects of their life under the wing of the rightful justice and the rule of law”.