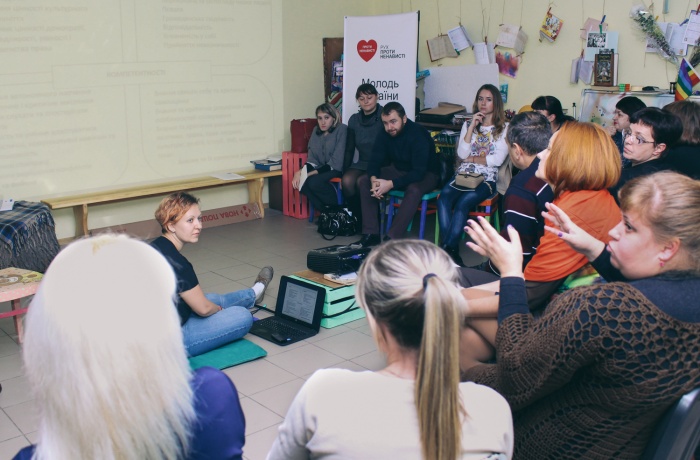 This is the seventh time that the traveling Docudays UA takes place in Kremenchuk. Traditionally, in addition to exciting documentary films, the festival invites the city residents to human rights educational events. This year, they included mini-trainings and a workshop: this program supplemented the central topic of the festival about the climate change and the human impact on it. The festival’s regional coordinator in Kremenchuk Aliona Hlazkova shares her impressions.

Thinking Sustainably and Remembering Your Impact on Climate Change

The tutor Yulia Pashkivska, who represents the NGO Ecoltava, presented to the concerned Kremenchuk residents the methods of planning your household activities with regard to waste. In addition, the training included time for watching E-Wasteland a film from the collection of human rights documentary film club, DOCU/Club. After the screening, we spoke for hours about recycling, e-waste, excessive consumption, plastic bags and active sales clerks who hardly give the customer a chance to refuse a plastic bag, about the cloth bags you can use instead of plastic, about construction waste and many other things. 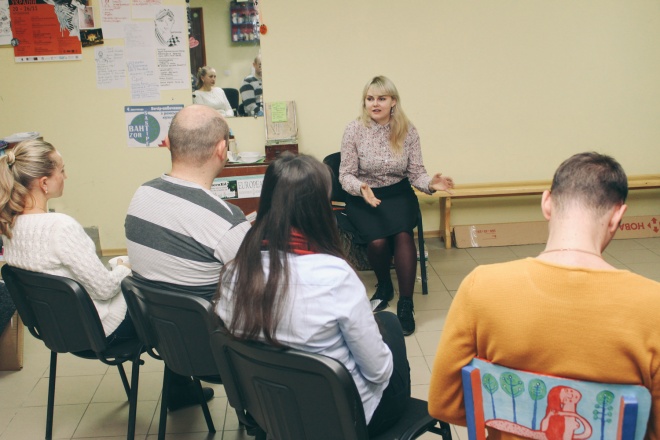 We focused special attention on schools. Together with the NGO Ecoltava and Mykola Riabyk, the coordinator of the ChystoTak project, on November 6, we presented the ways to sort waste and the particularities of waste sorting in schools to the students of six Kremenchuk schools. The students actively participated in the conversation about waste recycling, about the possible steps to achieve it and successful examples of initiatives.

In addition, two trainings were dedicated to human rights education for teachers, and opposing hate speech online for everybody who wanted to participate.

The participants of the training about opposing hate speech online shared their own understanding of the term hate speech and learned about the approaches of the Council of Europe and the European No Hate Speech Movement. We have tested the website for quests and quizzes Actionbound and completed some of the tasks using gadgets. We tried to find a difference between hate speech and simple insults. We discussed imagined and real-life situations and discovered how many human rights violations happen online and in our everyday lives. 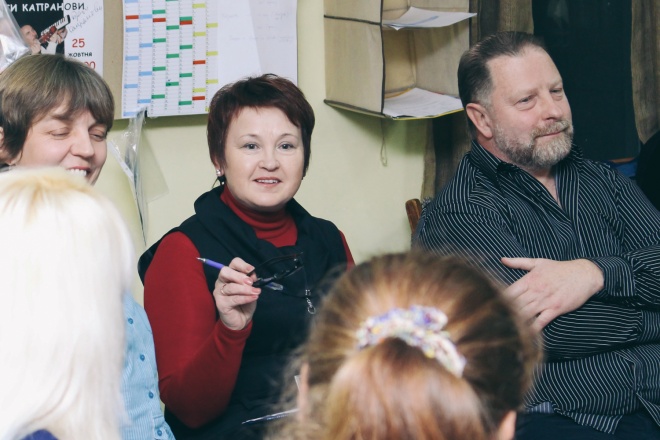 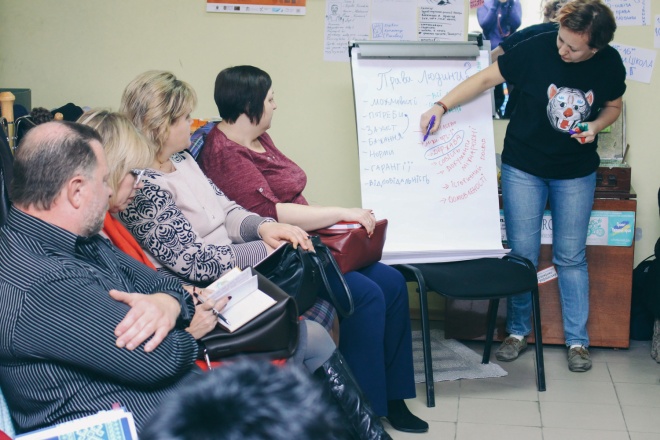 The stories about school customs, told by the participants, were especially shocking. Because schools often violate the right to privacy and protection of personal information, discriminate against students based on their ethnicity and gender, encourage sexism and objectivation, disregard private property and refuse the right to freedom of thought and religion. Of course, not everyone does that and not always. However, if so many true stories were recalled in such a short time, it means that the situation with human rights at schools is really dangerous.

An intense discussion was sparked by the mention of an article from the Ukrainian Truth newspaper, in which opposition to hate speech is presented as limiting the freedom of speech and prohibiting personal opinions.

Among the impressions and conclusions from the training was the recognition of the need to control one’s emotions and words, to learn how to communicate and persuade people about the appropriateness or inappropriateness of certain actions, especially on the web, and to become more sensitive and aware, to work on improving oneself.

A Step Closer to the Culture of Democracy? School Experience

This training was striking because of the “interesting” stories about humiliation in educational institutions, and we once again saw the need to help schools to develop their understanding of the concept of human rights and distinguishing it from the concept of education about human rights. Because school is the place where almost everyone spends quite a long period of their lives. And it would be good if the word “school” did not evoke negative feelings and hashtags #traumatized_by_education.

Clearly, there is no human rights education without understanding the concept of human rights. So we started the conversation about what human rights are, where they come from, who or what guarantees them, which rights our teachers are aware of and why we need those rights. We discussed the concepts of dignity and equality, especially at school. We tried to figure out which skills are taught by the contemporary school and which values it spreads. We discussed the behavior of parents and the status of the teacher in our society. From cases, we moved on to instruments, or more precisely, handbooks that could be used at school for human rights education and education for democratic citizenship. We learned how we could use games to teach the culture of democracy. Most of the books in Ukrainian can be found at https://goo.gl/qosvb8. 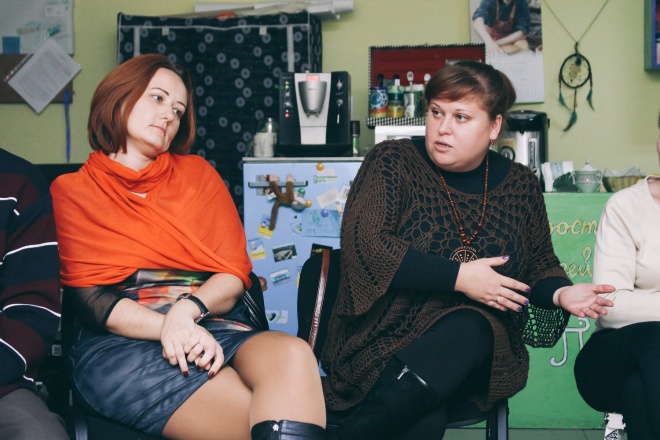 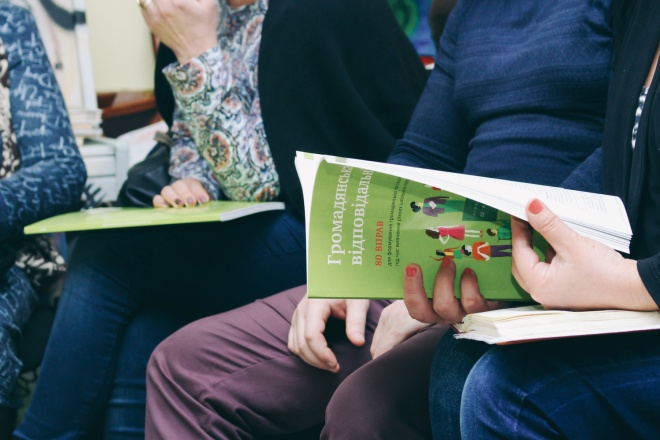 A separate section of the program was dedicated to learning about the national Ukrainian program Democratic School and the special textbook Civil Responsibility. Teachers had some time to read the exercises from the textbook and to think and comment on how these exercises could be used at their schools.

Of course, change does not happen in a day. And it is hard to expect any considerable effect from one-day events. But what if they are regular and we try to facilitate them? And what if, in addition, we watch movies and discuss the problems demonstrated in them?