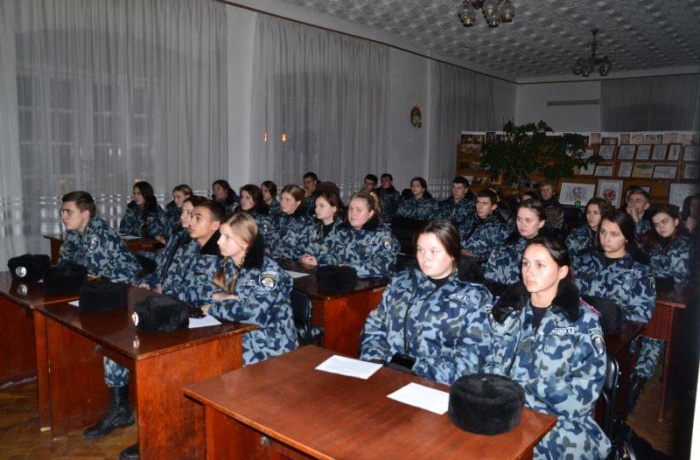 The Travelling Docudays UA, which was taking place in Volyn from 23 November till 11 December, gathered one thousand and a half audience of different age. The main locations this time were the towns of Lutsk and Kovel. Screenings and films discussion were held both in open grounds and closed spaces – in educational establishments of the region and in Kovel juvenile correctional facility. All in all regional partners chose for screening 19 best Ukrainian and world documentary films. 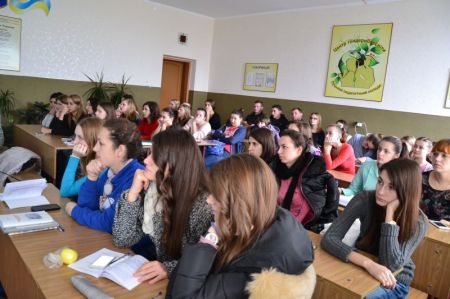 This year as well as the last year the most topical films were about Maidan. Besides them the audience had an opportunity to watch films about election manipulations in Estonia and Kenya, about intolerable labour conditions in a rubber plantation, sacrifice of an individual and the whole nation for freedom.

“These films are of great interest at this time – in particular for Ukraine nowadays, - considers Iryna Musiy, one of screenings moderators. – It’s especially important to screen such films as “Post Maidan”, “Maidan Everywhere”, “The Doctor Leaves Last”, in order to understand the events in our country and to forget neither them nor the people who died in the name of freedom”. “Our students were satisfied with film screenings and each time shared impressions during discussions. They were mostly impressed by the film “Werka”. This film is about an incredible change and about love which brings sense to life”, – remarked Ruslana Kovaliova, head of Docudays UA cinema club for media education at Lesya Ukrainka Eastern European National University which joined organization of festival films screenings.

Within the festival there were not only documentary films screenings but also media-cafes on human rights – spaces for discussion where participants not only shared their opinions and impressions and also tried to give answers to questions raised in the films. The cherry on top was the exhibition of works by a famous Ukrainian documentary painter Alexander Glyadyelov “You See, My Brother?”, which caused great interest in Lutsk and received a lot of positive feedback. 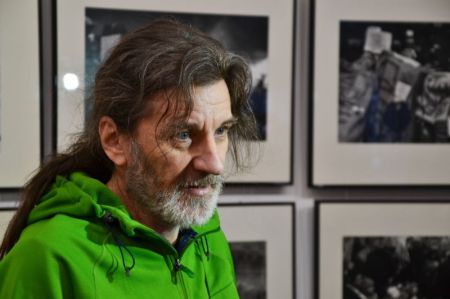 “The main focus of the festival is on the youth as we see them as the locomotive of changes in the country due to new thinking and new vision. However, films have no age limits, as serious questions can be raised with six-form pupils as well as with adults. The main thing is to highlight key points in such way that audience understands what the film is about, what problems are raised in it and how we can prevent or secure from similar human rights violations, etc. We try to develop in people critical thinking, desire to ask questions and search answers to them. That’s why all film screenings are followed by discussions”, - remarks Bogdana Stelmakh, regional coordinator in Volyn region. “I’m glad that now we have a community of connoisseurs of documentary films on human rights and I hope that it will increase each season”, - remarked Tetyana Karpiv, film moderator. 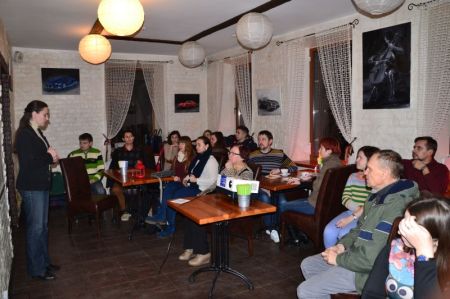 During one media-café on human rights

The co-organizer of the festival in Kovel became NGO “Centre for legal aid” which screened documentary films to local pupils and students. According to Nata Samchynska, NGO program manager, the first experience of cooperation with the festival proved to be very useful: “We are very glad and happy that our audience remained satisfied and expressed their gratitude for the possibility to have watched the films. Now we even have fans of the festival! We are grateful to all who participated in conducting and organizing the festival and to the audience for having found time to come”.

Docudays UA festival organizational committee expresses appreciation to partner organizations and media-partners for pro-active attitude and assistance in spreading information among citizens about human rights, freedom of choice and responsibility before oneself and society.