"Personal is Political": Docu/Education in Lviv

"Personal is Political": Docu/Education in Lviv 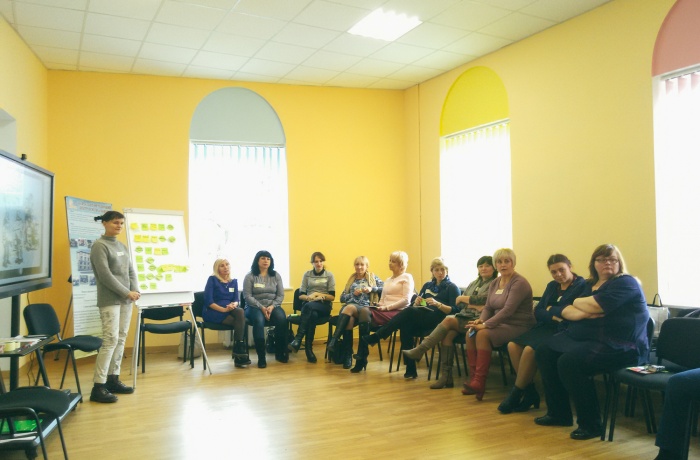 At the Docudays UA Travelling Festival in Lviv region, there were two events aimed to teach the education workers of Lviv about human rights. The topics of the events were Children’s Rights at School and Gender Policy at School. We would like to share with you some comments from the instructors and the coordinator of the Travelling Docudays UA in Lviv region.

“By offering the education workers to attend these events, we aimed to increase their human rights awareness and capacity in their everyday educational work with students, parents and colleagues. Using documentary films, we tried to immerse ourselves in the internal life of children, remember our own childhood and understand the needs of the child, and to discuss who is supposed to meet those needs and protect children’s rights. We used the data of sociological studies by several respectable NGOs to reach an understanding of gender, its role in our lives, to discuss the ‘uncomfortable’ questions and stereotypes. All of this, hopefully, will motivate the participants of our workshops to change their methodological approaches to work at schools, to expand their value commitments, and discard certain stereotypes.”

Maryana Hevko, the instructor of the Children’s Rights at School workshop:

“Children’s rights are a priority which should be the goal of educators’ work. It is valuable to understand the essence of each right and be aware of your own abilities and responsibilities to adhere to, realize and protect children’s rights at school. It is important for me to see that the event attendants were motivated and interested in the topic. It is an important step towards spreading and protecting children’s rights in the educational process.”

Yosh, the instructor of the Gender Policies at School workshop:

“Quite often, teachers at our schools talk about the problem of lack of respect among students, bullying and violence by some students against others. Usually, the target is a person who is supposedly different in any way. And we can talk about respect for other people’s differences all we want, but what radically changes the approach to the problem is the realization that relationships do not just have the ‘me and others’ dimension, but also the collective dimension. At our workshop, we discussed the characteristics that shape the groups of women and men. And when it came to specific roles played by women, there were the usual phrases ‘women do not have to do hard physical work,’ ‘I can afford to be weak,’ which mean that women feel a lack of space to realize their needs, and they want to protect their rights.

During conversations with women about gender discrimination, it is interesting for me to observe how women deny its existence. Even when I asked them to describe an imaginary situation with unequal expectations from the roles of men and women, I often got the reply that it all depends on the particular person. The workshop participants did not want to recall simple everyday situations or rise to the abstract level, and sometimes they said that things have changed in the contemporary world. Probably that is the defence mechanism at work because we discussed the things that can be very painful and traumatic if you become aware of them and remember them. But, unfortunately, there is no other way for women to achieve gender equality. It is only possible by realizing that you belong to an oppressed group and articulating the discriminatory situations. Personal is political.

Thanks to the Krona Gender Information and Analysis Center, I gave the teachers many examples of unequal position of women in the school space, starting with the decoration of walls, to the scripts of school holiday events, and to teacher’s behaviour during classes. And I am sure that the emphases and provocative questions have thrown in a bait that provoked the mechanism of critical thinking about gender roles.” 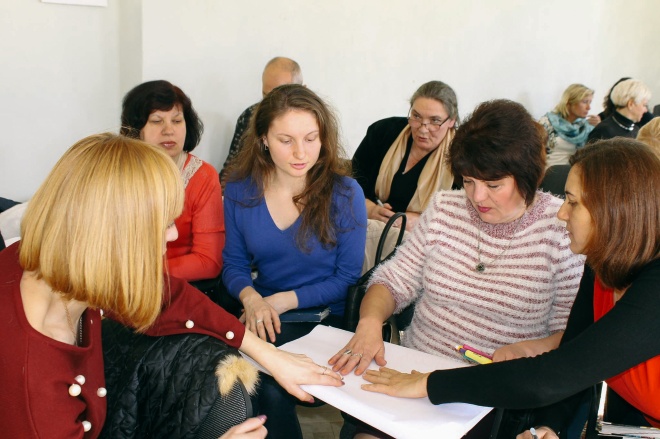