“The Anti-War Vaccine”: The Final Screening of The War of Chimeras in Poltava

“The Anti-War Vaccine”: The Final Screening of The War of Chimeras in Poltava 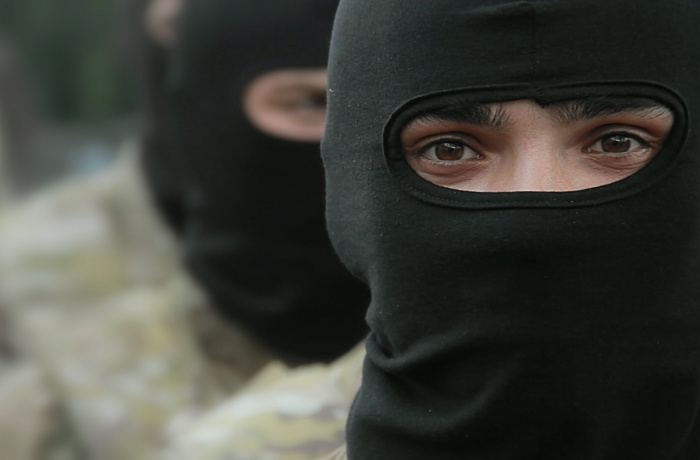 The venue for the festival closing event and for the discussion of the film was the Kotlyarevsky Regional Universal Science Library in Poltava. It hosted the screening of the documentary film The War of Chimeras. The film was presented by its directors Maria and Anastasia Starozhytska.

“This is a film about the war, love and death, about the personal story of the director, my daughter Anastasia Starozhytska and the volunteer soldier Valeriy Lavrenov who escaped the Ilovaysk Cauldron, about the attempt to live after… It is a very personal story which, at the same time, combines everything that has happened with our country in the recent years. We decided already at Maidan simply to record the emotions, feeling, everything that was happening to us. We did not film to make the film afterwards. In order to reproduce history, the soldiers gave us the footage from the military operations. You cannot see this on TV,” said the co-director and producer of the film The War of Chimeras Maria Starozhytska.

“The idea to make the film as a personal story of feelings, a story, as we call it, about war, love and death, appeared later, because as we were filming the events, nobody knew how they would develop. Nobody knew that when ‘Lavr’ (Valeriy Lavrenov) goes to war, there will be the Ilovaisk Cauldron, and he will be trying to escape the siege for three days. Nobody knew that we will make an attempt at peaceful life, and then travel to the front line. And that is why the decision to compose the story as it is now, as it is presented in the film, was made after we returned from the next trip tp the front line, in 2015,” explains the co-director of the film Anastasia Starozhytska. “There are two storylines in the film, of the girl Anastasia and the guy ‘Lavr.’ From the Maidan, he goes to war as a member of the Donbas battalion. The girl goes to visit him, but doesn’t get there in time. The Cauldron starts, and she cannot reach the guy, so she travels around the places which the war has already left, such as Slovyansk, Mykolaivka, Semenivka. These two storylines are brought together in the two people’s conversation when they speak it all out, tell each other about what they see around them and what they feel inside.” 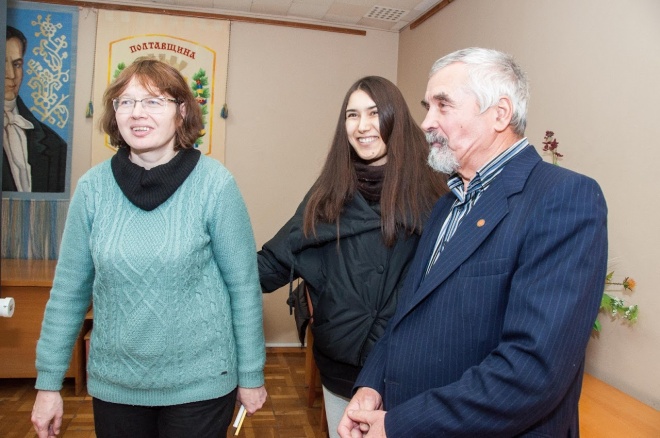 “The War of Chimeras is a story aimed to express important feelings and thoughts. The film is about how the war changes everything around us, changes people. In general, it is an anti-war film,” adds Maria Starozhytska.

After the film screening, there was a discussion with the directors, when the viewers shared their impressions about the film.

“This was a special screening, because the film’s directors were present,” says the moderator of the 14th Traveling Docudays UA screening Anastasia Kelym. During the discussion, Maria Staroszytska emphasized that this is an anti-war film, an attempt to “vaccinate people against the war”. Judging from the audience’s reaction, the authors succeeded in reaching this goal. Discussion participants also mentioned the importance of such films for those who are returning from the ATO zone; for them, the films are an opportunity to talk through their experience.

The directors worked on the documentary for a little less than a year. The film has already been in the small box office in six Ukrainian cities, but Poltava was not one of them. Today, The War of Chimeras is represented in the Traveling Docudays UA festival program, which will be shown in more than 200 towns and cities of Ukraine. Next year, according to Maria Starozhytska, there will be another attempt to run the film in theaters, to allow as many people as possible to watch it.

“It has nothing to do with any kind of competition with any other film. We are happy that we have hit this wave of new Ukrainian cinema which was born now, like real literature and poetry was always born in all wartime or revolutionary years. We are in this wave together with everyone. It was very important for us to communicate not just some information, but also the feeling. To evoke emotions in the audience by our sincerity, truth and feelings,” says Maria Starozhytska.

The War of Chimeras lasts for around 90 minutes. In addition to the Docudays UA festival, the film was presented at the Odessa International Film Festival and received the main award of the Rivne International Film Festival in 2017. It was also one of the top eight of the nominees reviewed by the Oscar Committee as candidates for the film to represent Ukraine at the Academy Awards contest.

The film is dedicated to the memory of a soldier of the Donbas volunteer battalion Vadym Antonov, call name “Airplane,” who served together with Valeriy Lavrenov.

The documentary film screening was attended by the students of Poltava specialized secondary school No. 3, where Maria Starozhytska studied, and by community members.

In addition, the documentary film The War of Chimeras was watched by the residents of Pyriatyn and Hadiach in Poltava region, as a part of the 14th Traveling Human Rights Documentary Film Festival Docudays UA. “Each time, the screenings attracted many viewers, who did not start talking immediately after the quite emotional film. But we do have several comments about the film by viewers from the smaller towns of the region,” says Hanna Kiyashchenko, the head of the Poltava branch of the Social Service of Ukraine. 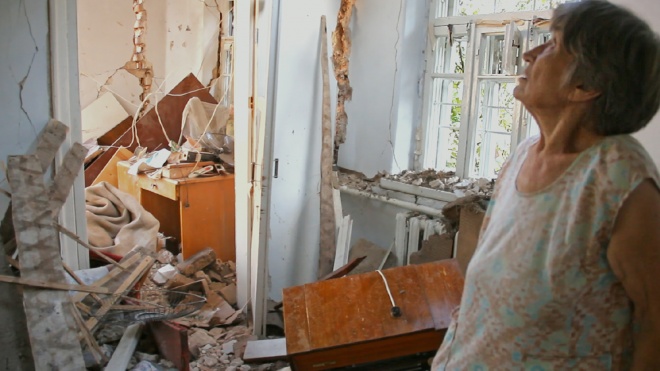 Still from The War of Chimeras film

“Today, I watched the film The War of Chimeras. I don’t know how to choose the right words to convey the whole spectrum of my emotions. In short, I will say that the film is very deep and multifaceted. It won’t leave any viewer indifferent. It is very sincere, very personal, without decoration and pseudo-patriotic pathos. I remembered my father’s story about how, immediately after the war (the WWII), film theaters were screening the documentary titled The Battle for Stalingrad. People watched it, screamed, cried, and sometimes even fainted after seeing their loved ones die on the screen. But most likely, they only thought they saw them. Thousands of people could not see the death of their actual family in the short shots of the war newsreel. But it is a fact. The film screenings were canceled to avoid traumatizing people. But can anything traumatize a person more than life itself, and death as one of its manifestations? The War of Chimeras is a ‘chimerical’ film. It is about life and death. About love and war. About our complex times. About eternity,” shared her thoughts Olha, one of the viewers from Hadiach.

The regional coordinator of the festival in Poltava is the Poltava branch of the Social Service of Ukraine.

Still from The War of Chimeras film