For the student's audience: film screening and interactive class on children’s rights

For the student's audience: film screening and interactive class on children’s rights 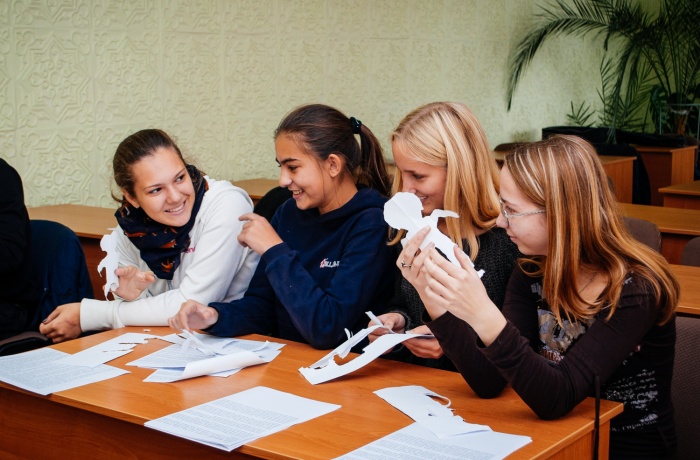 Last Saturday, on October 21, Docudays UA organized a special screening for students of Impulse.UA Charity Foundation’s educational programs. The screening was followed by an interactive class on children’s rights. The Foundation’s director, Mykola Kolodiazhny, shares his thoughts about the screening:

It is the 14th time that the International Human Rights Documentary Film Festival Docudays UA is taking place in Ukraine. Fourteen is the average age of the attendants of our screening. It is also the age of the protagonist of the documentary called The Diary (directed by Oleksandra Chuprina), which we watched and discussed at the event.

The screening was presented by Victoria Veres, the coordinator of Docudays UA screenings in Zaporizhia. She told us about the festival’s activities in Kyiv and its travelling component, about its general goals and special characteristics. The festival’s purpose is very important for the process of educating young Ukrainian citizens. The festival aims to use the art of cinema to reinforce the feeling of human dignity, to inspire active responsible actions in order to build a democratic society.

It is not an accident that the organizers offered to screen and discuss the film The Diary by the young Ukrainian director Oleksandra Chuprina. As the students who attended the screening noted, this film is about them and their everyday problems. “Teachers at school yell at us that we are getting stupider and stupider every year,” admits the film’s protagonist, Denis. “It is the same in my school. We are always told that we are worse than the other class, and they are told that they are worse than us,” shares her experience one of our students. This and other episodes of the film caused lively discussion.

- the right to live;

- the prohibition of torture;

- the prohibition of slavery and forced labour;

- the right to freedom and personal inviolability.

They also learned about all the other rights that are represented in the Declaration of Human Rights and other documents.

The second part of the interactive class was dedicated to children’s rights and the reasons why these rights make up a separate section.

In particular, we talked a lot about the child’s right to protection from all forms of physical and psychological violence, exploitation, hurting, neglect or brutality by parents, guardians or any other carers.