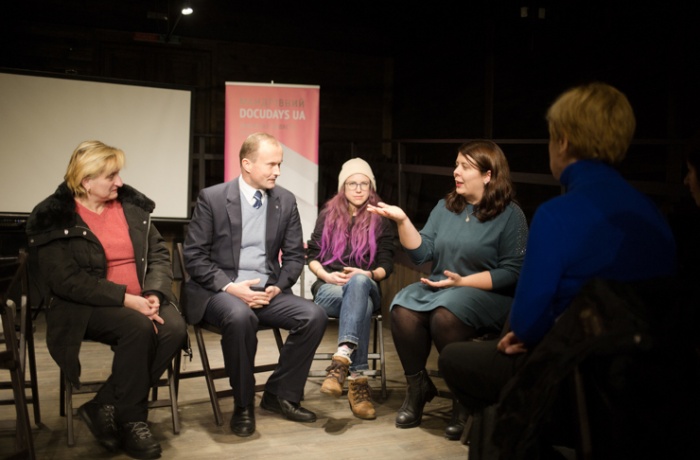 As a special event of the 15th Travelling International Human Rights Documentary Film Festival Docudays UA in Lviv Region, librarians and Lviv residents watched and discussed Ex Libris: The New York Public Library, a film by Frederick Wiseman. The events were supported by the US Embassy in Ukraine.

The protagonist of the film Ex Libris: The New York Public Library (2017, USA, 197’) is the main book storage of the United States. It does not just store the history of the world; it is also a point of attraction that strives to inspire learning, advance knowledge and strengthen communities. With its 92 locations, the library is committed to being a resource for all the inhabitants of this multifaceted and cosmopolitan city, and beyond. The New York Public Library exemplifies the deeply rooted American belief in the individual’s right to know and be informed. It is one of the most democratic institutions in America.

The Ukrainian library context is somewhat different and, according to Vasyl Kmet, the director of the Science Library of the Ivan Franko National University in Lviv, who spoke at the open screening and discussion of the film at the Territory of Terror Memorial Museum of Totalitarian Regimes, “The library is a factor of political transformation, it shapes the impact on the community, the state, the society; the library is acquiring agency.” 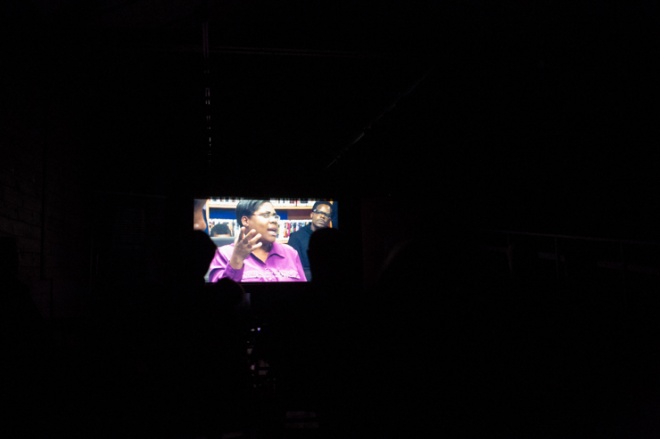 However, at the moment, we are talking only about the gradual shaping of the library as an agent, and first of all about librarians as the engines of the library’s transformations. Librarians change libraries, and libraries change the society. This thesis was aptly expanded by people working in the sphere during the discussion of the film.

At the Metropolitan Bishop Andrey Sheptytsky Center at the Ukrainian Catholic University, there was a special screening for invited librarians from the region and the city, and a discussion titled Library Spaces as Contemporary Centers of Education and Communication.

The speakers — Olena Shmatko, the head of the science methodology department of the Lviv Regional Universal Science Library; Vira Savka, the head of the URBAN Library within the Truskavets Town Central Library System; Oleksandra Yaruchyk, the administrator of the Ukrainian Catholic University’s Library — shared their experiences, achievements and challenges. The discussion was moderated by Nina Khoma, the coordinator of Docudays UA in the Lviv Region. 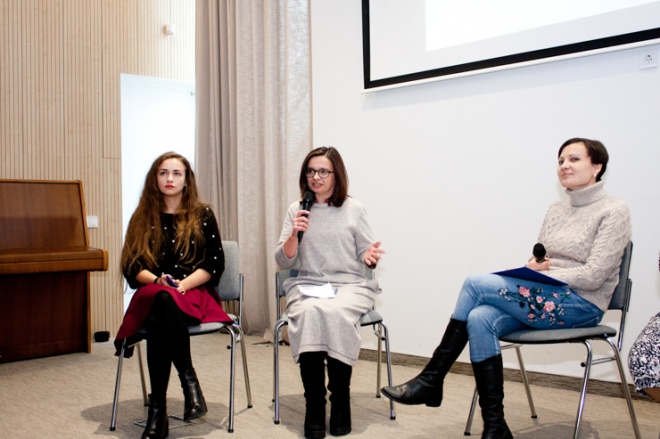 Vira Savka, the Head of the URBAN Library in Truskavets, shared her experience of transforming “an ordinary post-Soviet library” into a contemporary education center.

The librarian told the audience that the URBAN Library in Truskavets became one of the thousand libraries which were radically renovated, with updated equipment and furniture; however, the book storage remained “old” in its essence, so the first thing that was needed was to reboot its vision. “I tried to understand the needs of the audience and form a product which the contemporary person needs here and now. To fill the library with the content for which people will come on their own, because they are interested and they need it, not because I need to fulfill the work plans. And that was the approach that created the demand for the library, made it interesting, bright, recognizable,” added Vira Savka.

The expert believes that the most important thing is to see the renovation as a tool, as a mechanism to reboot the concept and methods of the library’s functioning. “For the library to reach the contemporary evolutionary stage in its activities, we should always treat any renovations as a tool for a radical reboot of its work. We should always ask ourselves, ‘So we did the renovation, now what? Are we just going to sit around in the new setting?’ According to our visitors, now our URBAN Library has a special energy and its own face,” sums up Vira Savka. 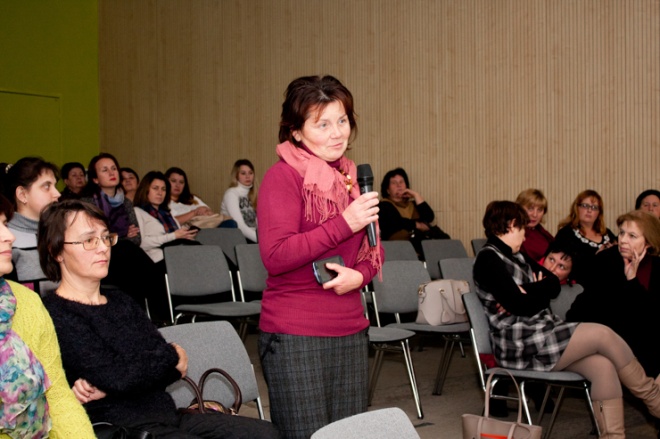 Oleksandra Yaruchyk, the representative of the Ukrainian Catholic University, emphasizes the figure of the librarian. “There was a fantastic phrase uttered in the film. ‘The library is, of course, about books. But it’s not about book storage. The library is the people! And these people are here because they are looking for something important for them.’ We can just collect books, but we can also use the books and literature in general to bring together the people who are capable of creating history,” notes Oleksandra.

According to Oleksandra Yaruchyk, the librarian’s job is definitely beyond the level of “a person sitting amid books and maintaining the silence.” “Nowadaus they should be a friend, an advisor, a helper, who knows about the contemporary world, who can ask you about your day, and give you appropriate advice about the book you need.” Today, it’s important to take care of the visitors’ comfort, too. “Do you want to have access to the library stocks? Sure! Do you find it comfortable to read on the window sill? Sit wherever you want! Would you prefer to sit on the floor? No problem! Do you need a book? We’ll do anything to get it for you. You just read,” summarized the librarian. 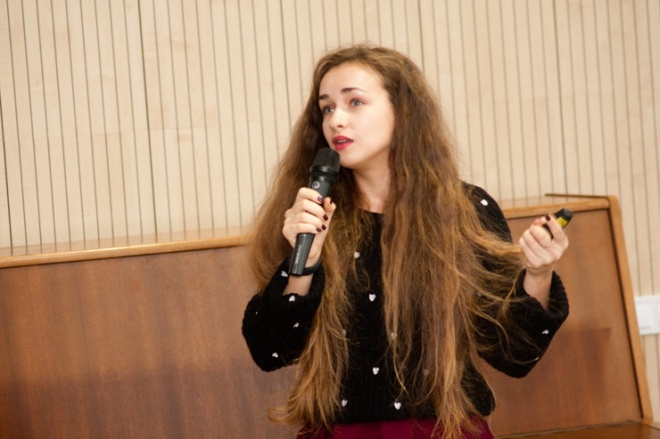 The second, public screening of the film was held at the Territory of Terror Memorial Museum of Political Regimes, and the invited guests discussed the library as the “center of the community life.” The conversation slowly morphed into “a night at the museum” with new participants: Olena Mykytiuk, the manager of the reading hall at the Roman Ivanychuk Youth Library; Vasyl Kmet, the director of the Science Library at the Ivan Franko National University in Lviv; Olha Vasylevych, the head of the Branch No. 25 of the Central Library System in Lviv; Oksana Paliy, a representative of the library of the Metropolitan Bishop Andrey Sheptytsky Center at the Ukrainian Catholic University; Nastia Nechyporenko, a representative of the Culture Office at the Lviv City Council’s Department of Development; the discussion was moderated by Bohdana Brylynska, a cultural researcher and the head of the Lviv — the UNESCO City of Literature Office.

While the first discussion was about the figure of the librarian and their role in the modernization of libraries, as well as the infrastructure required for the contemporary library, such as the visitors’ comfort — from the programs on offer to the appropriate conditions of stay and face-to-face conversation, — the participants of the second conversation focused on wider concepts, beginning with the motivation to become a librarian.

For Vasyl Kmet, the library is an instrument to shape the intellectual, spiritual space. “The library goes beyond and creates society,” according to the scientist. For Anastasia Nechyporenko, who began her career as a librarian and reached the position of a government official responsible for libraries, everything started with her love for books and the question, “Is the library going to stand, to survive today?” 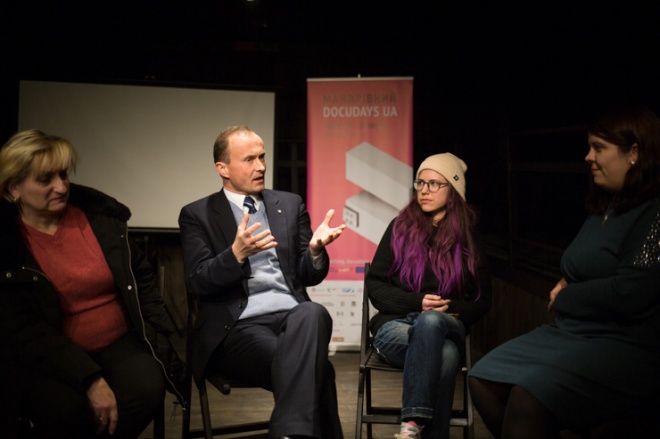 The discussion participants agreed that all libraries are different in infrastructural terms, and they should not be afraid of difference, of the search for their own thing. They don’t have to follow the path that has already been taken by someone else, even if it was successful. The face of the library is defined by its stocks, so now it’s important to select the books which will be relevant even in a hundred years.

Oksana Paliy from the Library of the Ukrainian Catholic University noted that the film speaks about ensuring maximum public access to artworks and artefacts; but in our country, there is still emphasis on closeness as an element of preservation. Librarians are convinced that contemporary libraries should pay special attention to their publicness, to events, because community life is thriving, and as soon as libraries stop appearing publicly, people are going to forget about them.

A part of the discussion was dedicated to the question of constructing new libraries, which, according to the sphere’s representatives, must become an integral part of residential developers’ architectural plans; the access to libraries is going to add value and prestige to new residential neighborhoods. Because people living in those neighborhoods will have somewhere to go to — to the library. 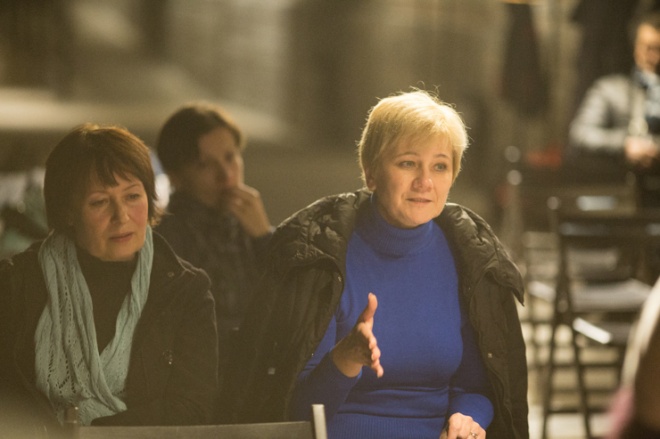 As she spoke about the mission of libraries, about their duties to the society and their search for their own personality, the moderator Bohdana Brylynska asked, “What are the things that libraries shouldn’t do?” The discussion participants said that the library should not replace schools, kindergartens and education institutions; although the library is at the intersection of all spheres, it shouldn’t take over any of them completely.

Today, the continuity of experience and tradition is important; it’s crucial to pass them on in the questions of infrastructure and concepts, because the workers of the New York Library have been doing the same thing for a hundred years and under all presidents.

To sum up both conversations, we should mention the two models of library development, which were discussed by the speakers: the American model, where the library is about everything, from train tickets to actual books; and the European model, where the library has its specialization. As for our libraries and the possibility for their self-determination today, it is important to maintain balance between the demands of the public, following the key trends, and working to cultivate their public. It is also important to have a vision of library development for the next year and 5 years already today. At the library’s core, there’s still the librarian as a dedicated book lover and promoter of books as tools to develop human thinking and, as a result, to form an open society. Librarians create libraries, and libraries create societies. 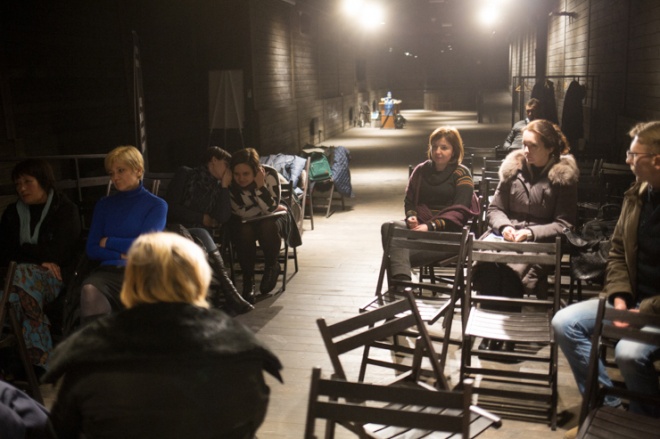 The events were organized by the Patronus NGO.