At the Travelling Docudays UA in Chernivtsi, the audience watched and discussed the film The Good Death

At the Travelling Docudays UA in Chernivtsi, the audience watched and discussed the film The Good Death 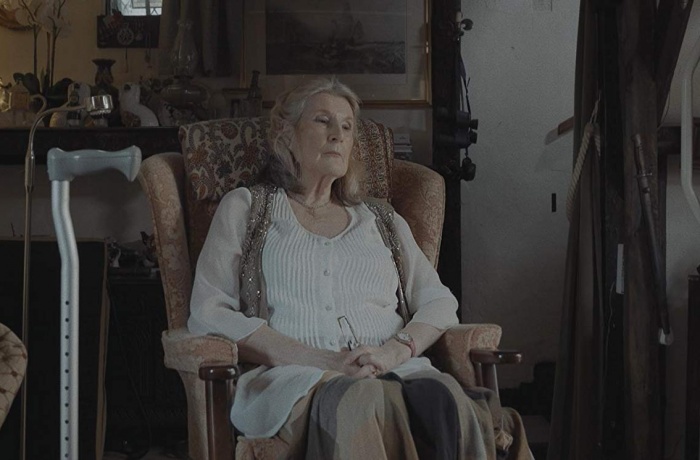 As a part of the 17th Travelling International Docudays UA Human Rights Documentary Film Festival in Chernivtsi, there was a screening and discussion of the film The Good Death by Tomáš Krupa.

The film tells the story of a woman who is struggling with a terminal illness and decides to end her suffering by euthanasia, by consciously and deliberately ending her life in a quick and painless way to stop the struggle with a serious illness. The film’s title, The Good Death, is directly related to the definition of the term “euthanasia,” which originates from the Greek “eu” – “good” and “thanatos” – “death.”

Janette lives in England, where “good death” is not legal, so, after long deliberation and planning, she makes the decision to travel to Switzerland, saying goodbye to her family and loved ones beforehand. Muscular dystrophy has seized the woman nearly completely, and her son Simon also inherited it. Simon has an academic degree and the necessary knowledge, and he tries to help doctors find the optimal way to overcome the illness.

Janette believes that this decision is the most beneficial both for her and for her loved ones. She is convinced that in a few yars, she’ll become a burden to her family, and with the unbearable suffering and pain which she feels every day, she does not think that death is a bad way out. With inner peace, Janette contacts Rr. Erika and heads to Switzerland to face the inevitable.

The film raises important problems, of which the most important one is the human right to death. Can we make this decision? Are we capable of accepting and supporting someone who wants to die? Is euthanasia really the only way out? Should a person choose a life full of suffering and pain, or die with dignity and comfort? All these questions, no doubt, require long deliberation and taking into account a lot of nuance.

At the moment, there is no unified approach to the issues of legalization of euthanasia in the world: the procedure has both many supporters and many critics. After watching the film, the audience actively expressed their opinions and shared their impressions; everyone had different thoughts. Some felt sad and sympathetic due to the complexity of the problem, some noted the difference between the mentalities of European countries and Ukraine in terms of making such a difficult decision. The audience discussed the reasonability of using the “good death” method from different perspectives: ethical, legal and moral.

The Good Death left all the viewers of the screening with room for further consideration of the decision whether to support or reject the legalization of euthanasia, because the only thing worse than a mistake is a decision that is correct today but wrong tomorrow.