The right to the truth. The screening of the film Of Animals and Men at the Travelling Docudays UA in Ternopil Region

The right to the truth. The screening of the film Of Animals and Men at the Travelling Docudays UA in Ternopil Region 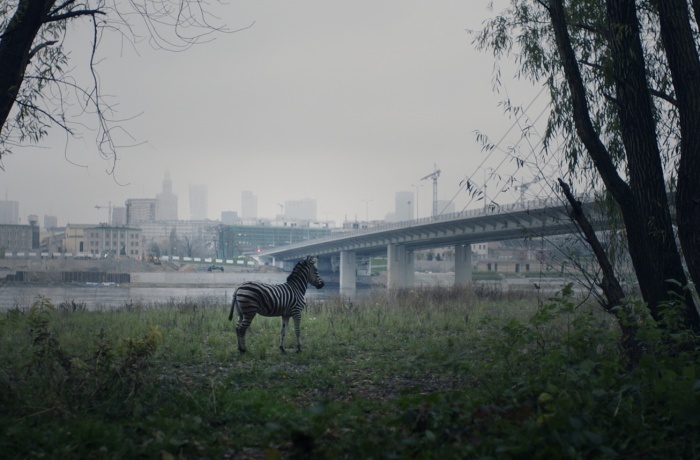 The screening of the film Of Animals and Men directed by Łukasz Czajka was held as part of the 17th Travelling Docudays UA International Human Rights Documentary Film Festival in the Ternopil region. With the help of archival footage of the Warsaw Zoo and eyewitness accounts, the film unfolds the story of the Second World War in Poland and the Holocaust tragedy. Svitlana Filonova, journalist and translator, author of the book Katyn Meditations (2015), winner of the ‘Witness of History’ award, shares her thoughts on memory and the role of documentaries in understanding the past.

History textbooks tell us about mass repression, thousands of victims, millions of lives lost and destinies broken during the Second World War. We have to know all this. However, to understand what the eyewitnesses were feeling, it is crucial to bring the human dimension back to history, to look closer at the face of one of the millions.

Most often, we consider the memory of the dead as our duty, as the realization of their right not to be forgotten. But it is also our right. We have the right to remember, to use the experience of previous generations, to feel involved in the history of our people. We are what we remember. Memory determines the scale of our personality.

Our time is the time when memory returns, and hence when the dignity returns to a human being. And documentary films play a special role in this process.

Feature film takes from the problem or the phenomenon exactly as much as necessary to create an image that has aesthetic value and expresses the author’s opinion. This is always a subjective interpretation of the fact. The purpose of the documentary film is to extract the phenomenon from a pile of rumors, speculations, sometimes tendentious interpretations, and judgments that are freely or involuntarily imposed by someone. This is an acquaintance with the fact, the opportunity to look closer at it, to get in touch with it.

Acquaintance is not always easy. That is why discussions, lectures, and discussions are so important.

For example, the film of the young director Łukasz Czajka Of Animals and Men is the story of Polish writer Antonina Żabińska and her husband Jan Żabiński, director of the Warsaw Zoo, where more than 300 Jews found refuge during the Second World War.

Żabiński’s family is just two people out of 7,112 Poles who have been awarded the honorable title “Righteous Among the Nations.” We need to know that these people existed to make the film about Antonina and Jan Żabiński a tribute to all those who saved other people's lives, sometimes at the cost of their own. We have to know about Jan Karski, a liaison agent of the Home Army, a man who tried to stop the Holocaust, the author of the book My Report to the World; about Witold Pilecki, who voluntarily went to Auschwitz to get true information about what was happening in the concentration camp and to tried to organize an uprising; about the priest Omelyan Kovch, the author of the words "Let our fate be a warning to you" which are engraved on the wall of Maidanek; about the activities of an underground Polish resistance organization "Żegota" which was established to save Jews; about Polish diplomats who issued thousands of forged passports to Jews so they could travel to safe countries (mostly Latin America).

So far, it is hard to say that everyone in Ukraine knows about it. But we have reason to hope that film by Łukasz Czajka will open this tragic page of history and reveal its blind spots. After all, there is no more effective means against propaganda and manipulation of human consciousness than fact and document.