Documentary Almanac Beyond The Euros 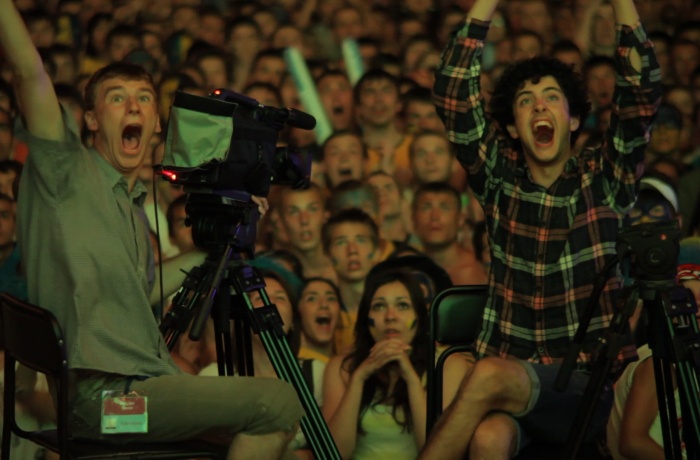 Artistic Supervision: Jacek Bławut, Serhiy Bukovsky, Dorota Roszkowska Artistic Supervisor: Oleksandr Balahura The documentary almanac Beyond The Euros is the result of group work by a young creative artists’ laboratory. Its idea can probably be defined as an attempt to personalize the crowd. To be able to see, to find a human face in the crowd that seems faceless, grouped around a sports event, a political issue or any other focus. And to share this. This is probably the essence – of the almanac, as well as the laboratory itself. How successful this experiment is, is up to the viewer. In any case, it has happened. And in front of us is a series of independent views of the surrounding reality by young authors – keen, thoughtful, worried or ironic, but never indifferent. To see a separate human face in the crowd also means to keep your own face – in any crowd… which becomes personalized through this, and gets a chance to turn into a society. This is not a new idea; however, people need to be reminded of it. This project is a cooperation of the Ukrainian Documentary Workshop, the Dragon Forum International Academy, and Ukrainian and Polish filmmakers.