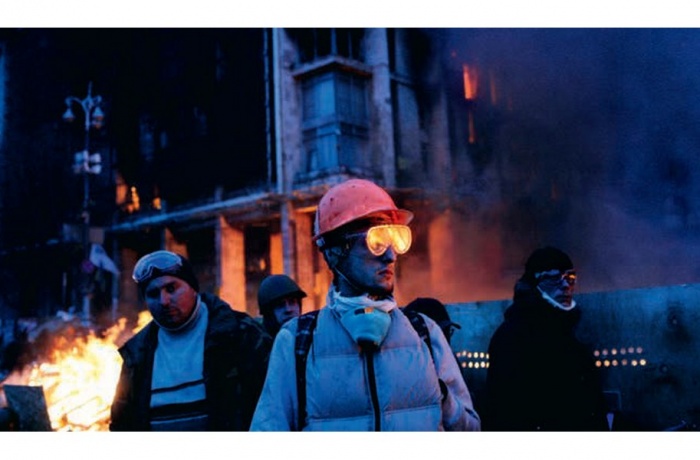 Three months of revolution. From indignant protest to national unity. From pots on their heads to batons and body armor. From the euphoria of victory to the mourning of the fallen Heavenly Hundred. Revolution as an explosion of revived dignity, as the euphoria of freedom, as the pain of awareness at the cost, as the birth of the modern history of Ukraine. This year we have decided not to have an opening film, because all our attention is focused on the changes taking place in our country today. We have asked the directors who filmed the Ukrainian protests to share their best shots with us. The episodes of these upcoming films about the Euromaidan were formed in a kaleidoscope of revolution, which needs no comment. We offer you a chronicle of the Ukrainian

protest. Experience the three months of fighting with us, feel and see the revolution through our eyes.