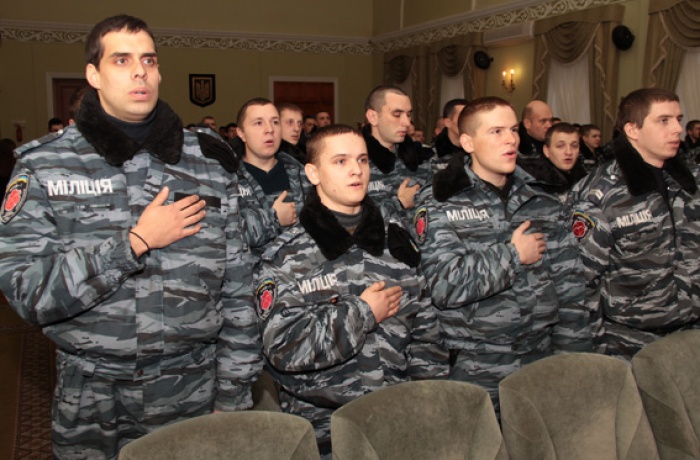 A lesson of patriotism which took place within the walls of regional militia department started with solemn performance of the hymn of Ukraine by officers of battalions Slobozhanschchyna, Kharkiv-1, Khariv-2 and Eastern corps. Officers of patrol duty listened to a lecture on human rights and watched documentary films of the XIth Docudays UA International Human rights Documentary Film Festival: Liza, go home!, a film dedicated to family violence problems and The Southern Border, which tells about volunteers who assist Ukrainian military.

Partners of the Travelling Festival also organized screenings in the Office of the State Penitentiary Service in Harkivska oblast where local penitentiaries watched the film Locked Down and received law prospects for officers of criminal executive inspection developed by Chuhuiv human rights group in cooperation with Chuhuiv Criminal Executive Inspection and published by the International Renaissance Foundation.