The Docudays UA Travelling in the Crimea is given the green light!

The Docudays UA Travelling in the Crimea is given the green light! 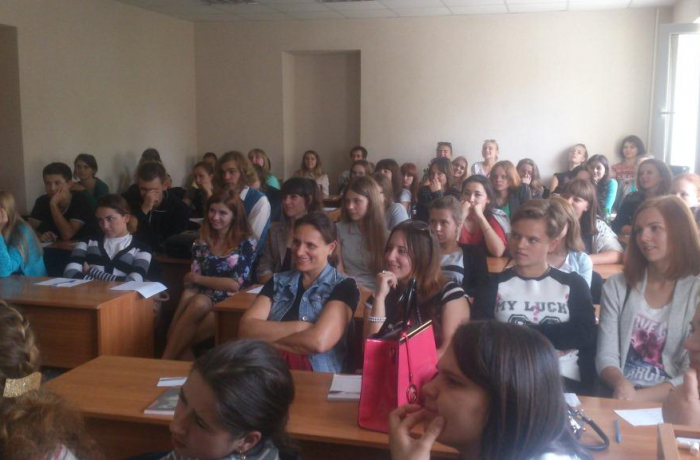 When representatives of the Docudays UA Human Rights Travelling festival organizational committee first came to the Crimea in autumn 2006 in order to demonstrate some films from festival program, we couldn’t even imagine how popular the event will become in our region. Among the first spectators were only three higher educational establishments from Simferopol – future lawyers and journalists and also pupils who watched and discussed films on minors in conflict with the law and homeless children in the Center for culture and business ‘Kosmos’.

After two years festival program was presented not only in Simferopol and region – its audience and geography grew significantly. The citizens of Yalta were the first to join the festival movement: in 2008 students of the Crimean Humanities University. Next year thanks to Olga Skrypnik, a teacher and a head of Center for civic education 'Almenda', the University housed a cinema club where they started to develop methods of critical thinking by means of documentary cinema and testing of those methods at schools of Velyka Yalta.

During eight years of Docudays UA existence in the Crimea the festival gathered its audience which looks forward to the Travelling festival and takes active part in films discussion.

Thus in 2014 already at the beginning of September the festival coordinator in the Crimea was addressed by teachers, library and culture centers supervisors with the question, if the Travelling Festival would take place in the Crimea that year. Fortunately we were supported by the Ministry of culture and the Ministry of education, science and youth in the Republic of Crimea as we prepared in advance corresponding letters, lists of films with annotations.

We deliberately refused from a grand opening, a press-conference and wide advertisement of festival screenings, alternatively we decided to confine ourselves to targeted screenings. The festival program included films oriented mainly for school pupils and students. However, we were worried if our long-term partners would participate in festival screenings, as the festival is Ukrainian, films are with Ukrainian subtitles and not everybody may like it in the Crimea today.

Notwithstanding the doubts there were unexpectedly many willing to house screenings in their school, library or a culture center. We even found new support for the festival, i.e. a methodics department of Nizhnyohirskyi raion state administration education department demonstrated very active support – 17 schools desired to participate in screenings and discussions.

The Crimean festival team expects that in the new year 2015 the Docudays UA Travelling festival will delight us with such clever and necessary for life understanding films, will teach them human dignity and open for them the  extremely interesting world of documentary cinema.