Convicted from Rivne region watched the film about Euromaidan

Convicted from Rivne region watched the film about Euromaidan 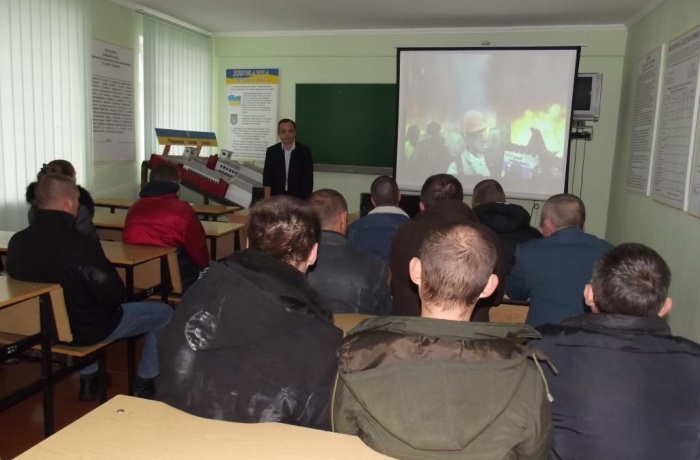 After each screening there was a discussion between the convicted and the head of Rivne CVU (COMMITTEE OF VOTERS OF UKRAINE) Oleksiy Goretskiy and public relations regional coordinator of Secretariat of Verhovna Rada of Ukraine human rights ombudsman Vyacheslav Svirts regarding human rights violation shown in the film and expressed their attitude to the life-changing events in our country which took place during the last year.

Detained and confined in penitentiaries turned out to be well informed on these events and follow them regularly and are worried about the future of the country. Moreover, some confined from Gorodyschche penal colony offered to protect the state from aggressor and to fight in the ATO zone. If only they were allowed to. These screenings were supported by State penitentiary service department in Rivne region which is also the festival partner in our region.

Please be reminded  that all in all not less than 12 screenings and films discussions are to be held within the festival in Rivne region in higher educational establishments, colleges, schools, libraries and penitentiaries.

Besides, daily on 1 - 4 December there will be free open screenings for all comers in Rivne regional universal scientific library. Screenings start at 17.00. Among films which are to be screened in Rivne region this year except the film Euromaidan. Rough cut, there will be Orange winter, Pussy vs Putin, Putin’s games, Amosov – centenary, etc.