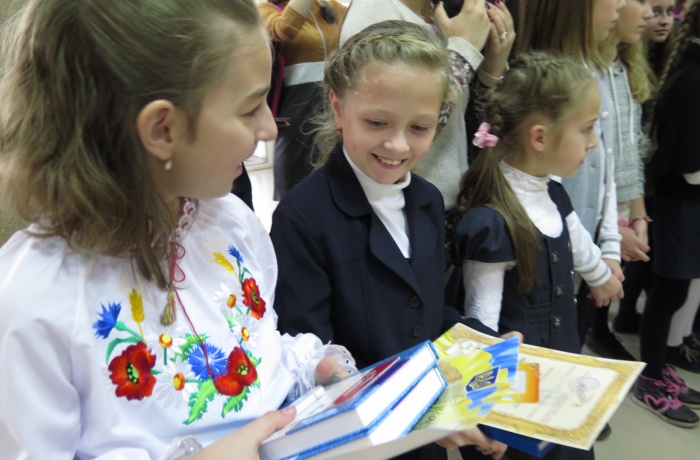 In Uzhhorod within Travelling Docudays UA there was a legal and educational event – a creative works fair and a photo exhibition ‘Human rights in Uzhhorod as seen by children’.

A competition among pupils was held in order to create positive background to form a positive perception of law as a state institute, to raise the understanding of importance of children’s rights, to assist self-fulfillment of talented students, their creative development and active participation in socially important activity. 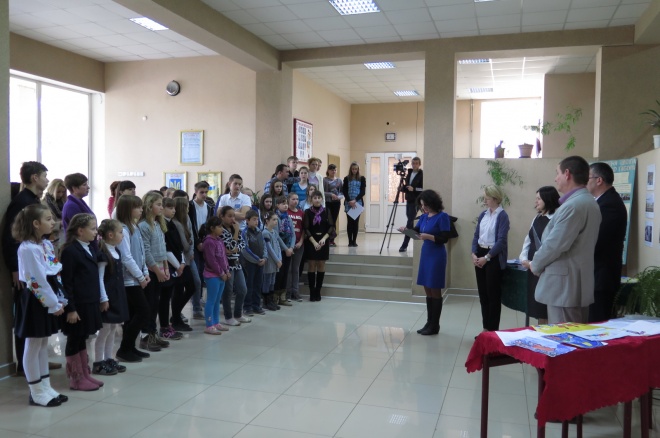 Any pupil of a general education institution in Uzhhorod aged from 6 to 18 could become a participant. More than 528 works of pupils from all schools of the town took part in competition, among them there were pictures, creative paintings, compositions, poems, fairy tales, and stories. Due to a great number of works three nominations were pointed out: junior group (children aged from 6 to 10 years), intermediate group (children aged from 10 to 14 years) and senior group (children aged from 14 to 18 years). Best works were awarded with a certificate by Uzhhorod city council department of education, faculty of European law and jurisdiction at Uzhhorod national university and regional organizational and methodical culture centre at Zakarpattia region state administration department of education, and also prizes. All in all 22 pupils were awarded. 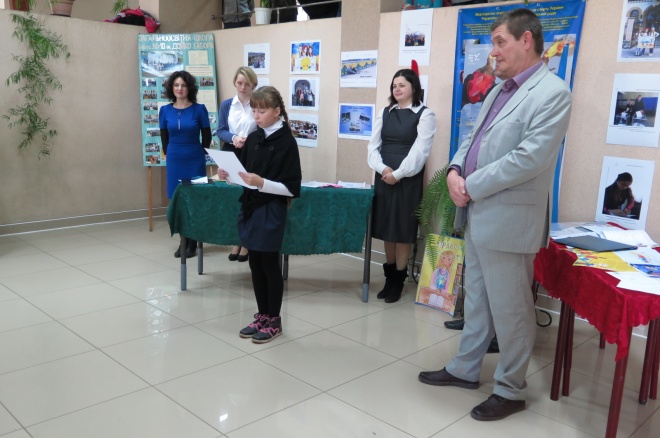 The fair and the photo exhibition opened November 13 in general education school № 10. During the event best works, paintings, pictures were exhibited and best compositions were read by the winners of the contest. Senior pupils of the school and winners were invited to watch the film Euromaidan. Rough cut. 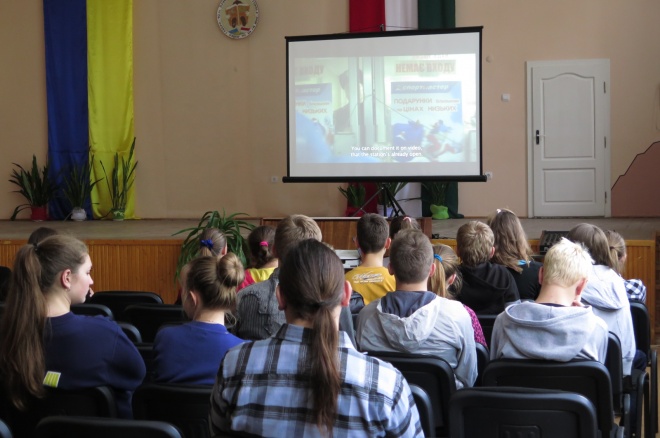 The fair and the photo exhibition ‘Human rights in Uzhhorod as seen by children’ will last till the end of the ХІth Docudays UA Travelling festival in Zakarpattia region, i.e. till November 30 and will visit all schools of the town. When the festival is over, the works will be exhibited Uzhhorod city council department of education,

Children’s work are really impressing, among the winners there are Ukrainians, Roma, Hungarians and other nationalities. 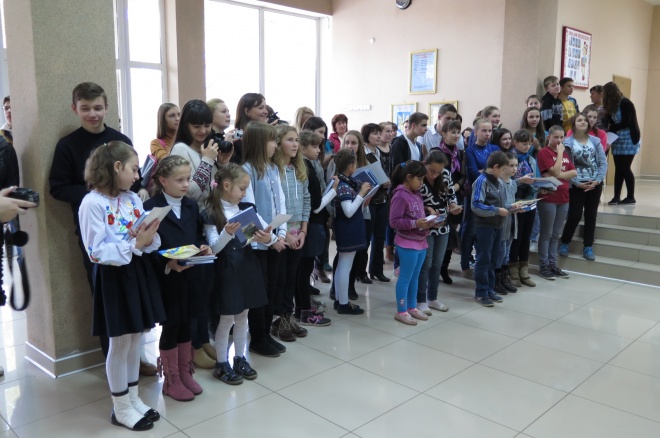 Depth of thought and fantasy deeply impressed the committee. I would like to finish the article with an extract from the work of one of the winners – a 7 form pupil from a general education school № 20 Vorotyntseva Yaroslava: «I’m 11. I don’t have law studies yet, it’s difficult for me to operate grown-up notions but I’ll try to describe human rights as I see and feel them…  I’ll start from my own family. My aunt Svitlana has been living with us for three months already, she lived in Donetsk region earlier. At first I thought that she just came on a visit. But there were no presents, no good mood, no happiness of my parents from her arrival as always. She had only a small bag with her. And Olya – her daughter and my cousin – is never to come again. She was only 18. And thus she will remain. Right to life is the highest value, all the rest without it is naught!...»