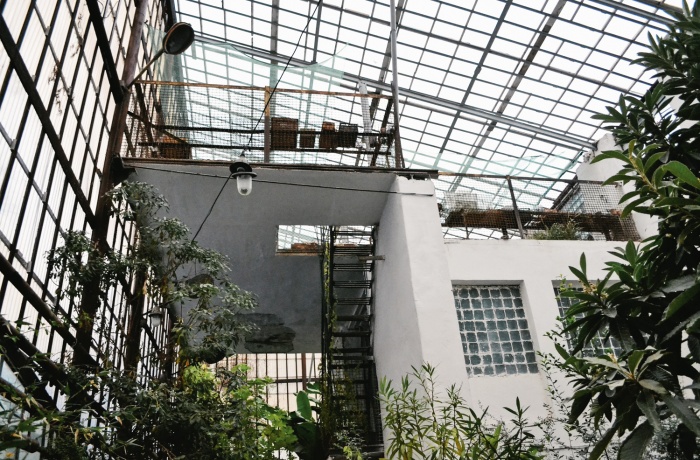 For the screening of the film The Winter Garden’s Tale in Uzhgorod, the organizers picked a special, but very suitable place — the Uzhgorod Botanical Garden. In November, during the Traveling Docudays UA, the garden was visited by the leaders of student self-government center KORZO. The screening and the discussion were moderated by Maria Symkovych and attended by Maria Mendzhul, the festival coordinator, and Svitlana Kuptsova, an educational expert from the organization FORZA.

As the moderator Maria Symkovych noted, the location of the screening was not picked at random, because the story of the film by the Ukrainian director Semen Mozgovy is based on the fate of the Floriculture Pavilion at the former Exhibition of Achievements of the National Economy. And the story of Uzhgorod Botanical Garden is just as interesting. It has the status of a nationally significant monument of gardening and landscaping. It is located in Uzhgorod, and for the 70 years of its existence, its staff managed to collect around 3000 species of plants.

The film raised many questions for discussion. Every participant had their own opinion, which they defended with argumentation. Some of them felt sorry for the protagonist. It is difficult when you work at the same job for forty-five years, when the plants become the meaning of your life, and then suddenly you are asked to retire. Others pointed out that young specialists should also have access to jobs. But there’s a problem here that young people do not really want to do this kind of jobs in their native cities.

The problem of change can be noticed in the shifting landscapes of the film. They are like a parable for changes in the country, generational changes. It was immediately obvious that the story of the film’s protagonist, the elderly employee Valentyna Voronina, has a symbolic similarity to the lives of the employees of the Uzhgorod Garden. Valentyna is maintaining the plant space, investing her life in it. There’s plenty of patriotism in the Uzhgorod Garden, too; the students were struck with the great love with which the Garden’s workers care for the plants.

It felt symbolic to the schoolchildren that the greenhouses of the Pavilion and the Uzhgorod Botanical Garden are visually also very similar. During the guided tour for the students it was noted that many tropical plants had died in winter. There were not enough hands to care for them. So the students decided to organize their classmates in spring to come to the garden every week and help its employees. 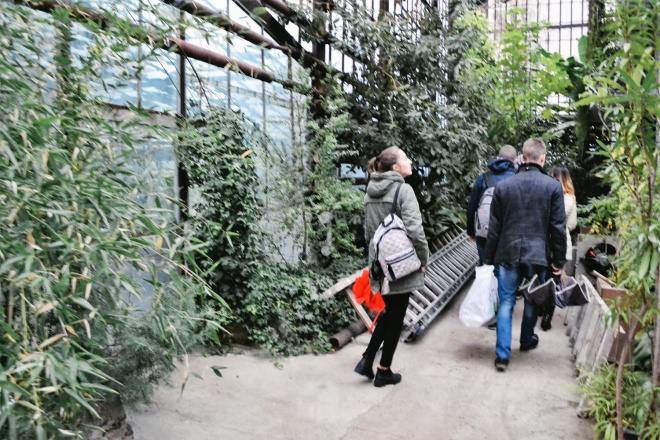 After the discussion of the film, the students split into groups and worked on the problems of climate change. In Uzhgorod, there is an NGO FORZA which is a member of the Working Group of Non-Governmental Environmental Organizations for the Issues of Climate Change in Ukraine, and specializes in energy efficiency and adaptation to climate change. Svitlana Kuptsova, the educational expert of FORZA, held an interactive discussion of the questions about the forest, what it gives us, what kind of forest products are the most important for our society. The expert showed the audience the poll at the Forest Europe website (www.foresteurope.org) about the most important types of products, and carried out a vote together with the participants.

It turned out that the results of the vote among the group of Uzhgorod leaders match the results of voting in Europe in terms of the item on the first place (the food products of the forest, such as mushrooms and berries), and the third place (paper). But the Uzhgorod schoolchildren put medicine and cosmetic products on the second place, while people in Europe put wooden innovations on the same place.

This way, as a result of the discussion, everyone recalled once again how important forest is for people, and that it is hard to imagine our life without it. The Botanical Garden, where the screening took place, is also a form of a forest, but man-made.

“I feel an urge to leave this picture here. With faith that behind this door, something new will start. With hope that once, the flowers in this garden will only flourish. November 13, 2017. The day that transformed my world,” shares her thoughts on Instagram Natalia Savko, the head of the KORZO student self-government center in Uzhgorod and a student of the 10th grade at school No.6. 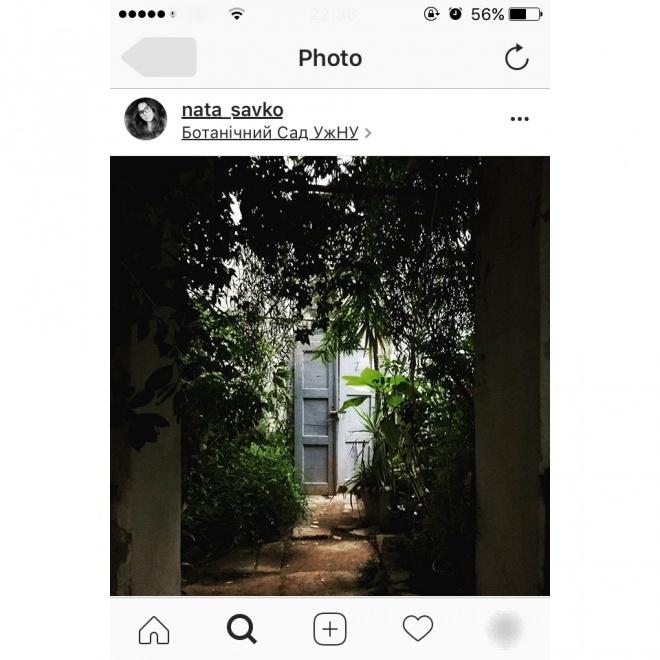