We Are All Now Living in the Rear. The Screening of Jamala’s Struggle in Berdyansk

We Are All Now Living in the Rear. The Screening of Jamala’s Struggle in Berdyansk 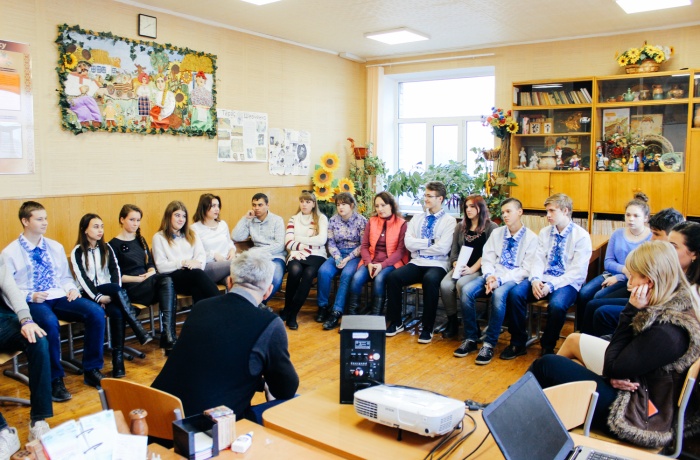 This year, the Traveling Docudays UA brought one film which was not included in the March festival program. It was the film Jamala’s Struggle. The film was screened at the Berdyansk school No. 2. What was special about the screening was that not only students but also teachers came to it, because they also wanted to see the film.

Traditionally for the screenings of the festival, the film was followed by a discussion. Some discussion participants found it hard to contain their emotions, because the film was very powerful.

One of the discussion participants noted, “This song, it is about a tragedy that can happen to any of us. It is not just about Crimean Tatars, Crimeans or residents of Donetsk and Luhansk regions. It is about all of us.”

Some viewers expressed the opinion that the film is not about politics but about humanity. In order to prevent new deportations, we need to talk through the traumatic experience of the past, do organizational work. Because what happened in the past to Crimean Tatars can happen to each of us if the government becomes totalitarian.

“Only now I understood how people lived in the rear during the World War II. In fact, we are now living in the rear. It is strange in the beginning, and then you get used to it and start living your own life, not paying attention to what is happening on the uncontrolled territories. But it is wrong. Because the problem does exist,” said one of the discussion participants. 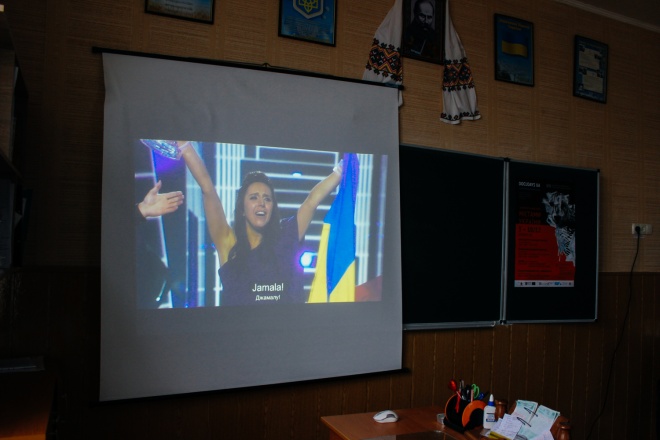 One of the students who moved to Berdyansk from the occupied Donetsk region shared a personal story. “When Jamala won, our history teacher told us about the deportation. Although it was very dangerous, because some children had parents fighting in the militia, and they could have reported him. At that point, we no longer had the Ukrainian History subject.”

The discussion participants also recalled the first time they saw armed people in their city, how tanks moved along the streets in the direction of Donetsk region, how ambulances drove around during the events in Mariupol.

At the end of the discussion, the participants thought about what each of them personally can do to influence the situation. The idea appeared to write solidarity letters to Ukrainian political prisoners who are locked in Russian prisons, and to speak more to the people around us about what is happening in Crimea — the kidnappings, torture and human rights violations.