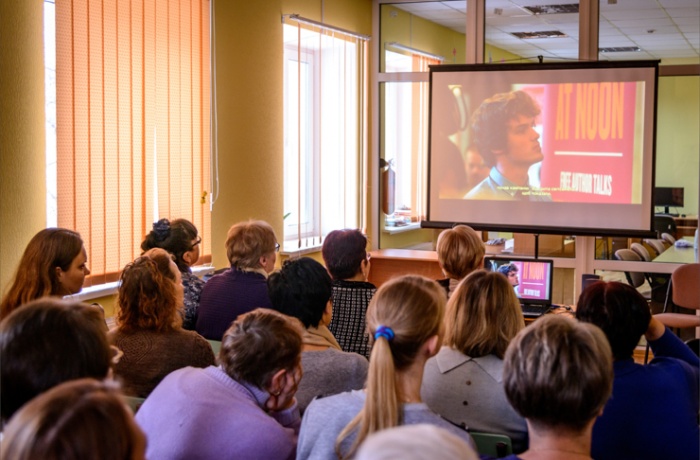 The Poltava City Library Branch No. 1 hosted a special event as a part of the 15th Travelling International Human Rights Documentary Film Festival Docudays UA: the screening of Ex Libris: The New York Public Library by Frederick Wiseman. The screening was supported by the US Embassy in Ukraine.

The screening was organized by the Docudays UA’s regional representative, the Poltava branch of the Social Service of Ukraine, in partnership with the Poltava City Centralized Library System.

Writers, activists, and librarians of Poltava were invited to watch the documentary that goes behind the scenes of one of the greatest knowledge institutions in the world, and to participate in the discussion of the role of libraries in the contemporary space. 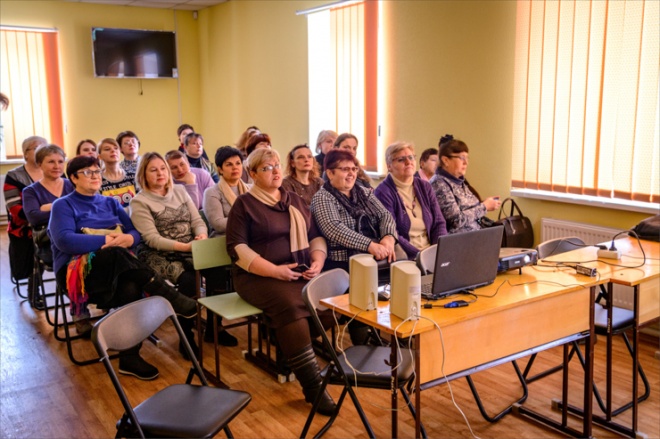 “Today, when information becomes a global development resource, the significance of libraries as contemporary information and culture centers increases considerably. How do we adapt the traditional library to the present circumstances and make it meet the social demand? How actively do libraries today use information technology and new forms of work, and where do they see the prospects of their development? How could the libraries of Poltava use the experience of other countries? We will deliberate over these questions after the screening,” said Andriy Kinash, the discussion moderator, the chairman of the board of the MART NGO, a coach, and an expert of the National Ukrainian Education Program “Understanding human rights,” in his opening address.

In his work, Frederick Wiseman often explores the functioning of institutions and social structures: hospitals, schools, galleries, libraries, as in the case of Ex Libris. He says that his films are more novelistic than journalistic. Indeed, his documentaries have indirect narration and manifest a certain order of presentation of the material. Wiseman demonstrates the functioning of the complex library system and raises the question of the role of libraries in the contemporary world. “Many people think that libraries are storage houses for books. But no, libraries are places for people who want to learn,” we hear in one of the scenes in the film.

The screening was followed by a discussion about the function and role of public libraries in the contemporary Ukrainian society, and a debate about the transformational potential of Ukrainian libraries and the opportunities they could provide to local communities. 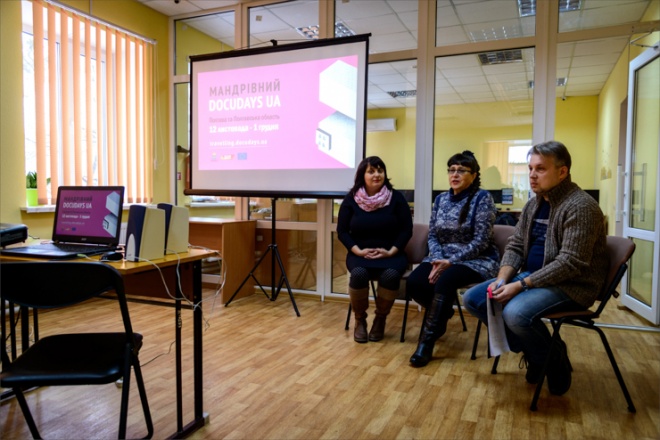 According to Tamila Duzenko, the director of the Poltava Centralized Library System, nowadays, the libraries of Poltava provide their “roof” to all kinds of initiatives. In them, writers present their new books, artists present their works, chess and checkers players hold competitions.

During the discussion of the film, the audience agreed that libraries should look for new forms of working with their visitors, involve additional funds to modernize their spaces. The following key points for library development were singled out. 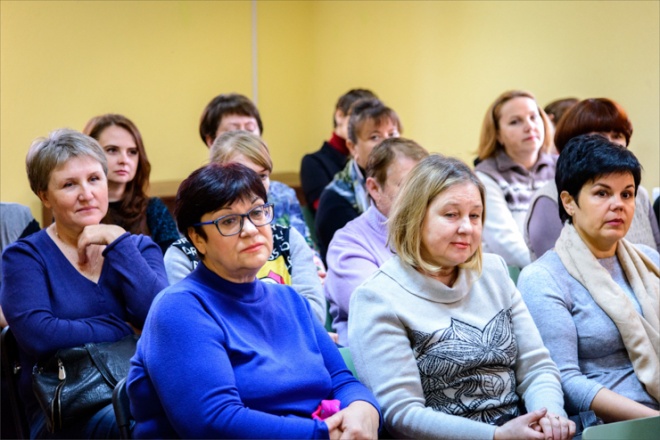 The library today can serve as a conference space, as an information field for conducting discussions or exhibitions, as a zone of psychological freedom, as a center of local community life and a space for meeting people.

Library as the Place of Rest

Speaking of European library trends in general, in Germany, the library is a popular place for meetings and informal communication. In Stuttgart, the library building looks like the Rubik’s Cube which we know from childhood. It constantly hosts shootings of advertising campaigns and fashion photo shoots. It stores graphics, collage and contemporary photography. For a 25 euro security deposit, the works of art can be borrowed for 8 weeks, with the right to extend this period up to 6 times. The library membership card is linked to a bank card to charge the fee. 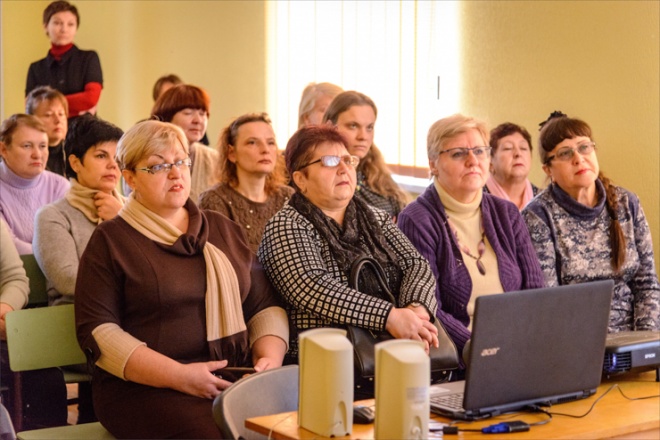 Poltava’s libraries today are centers for exhibitions, contests, workshops, and for the gatherings of the local Book Lovers club. However, there is still room for improvement in terms of social partnership with different organizations in the city. Today, social partnership is becoming one of the important functions of the library, a progressive form of its interaction with the visitors.

Nowadays, the library is hardly able to survive in isolation, and that is why there is the need to look for new approaches to collaboration, development of contemporary thinking, rapid response to key events. At the present stage, it is very important to form in the public imagination the image of an important, intellectual library as the main center of culture and information. Because it is becoming the key channel for more and more representatives of all population groups to join the process of collaboration. The library is where the public consolidates to deal with social problems, and it is very important for developing partnership and establishing a democratic society. 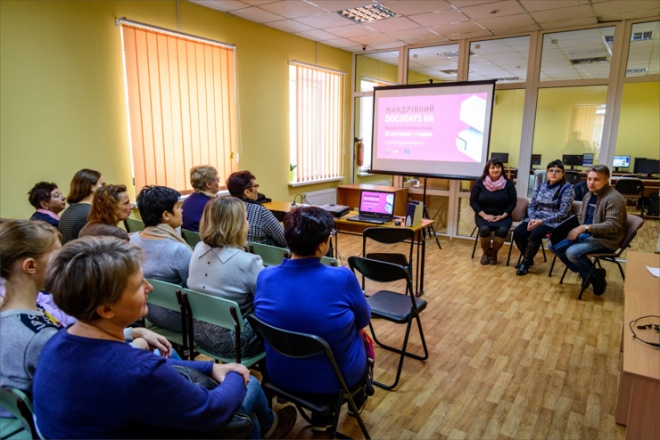