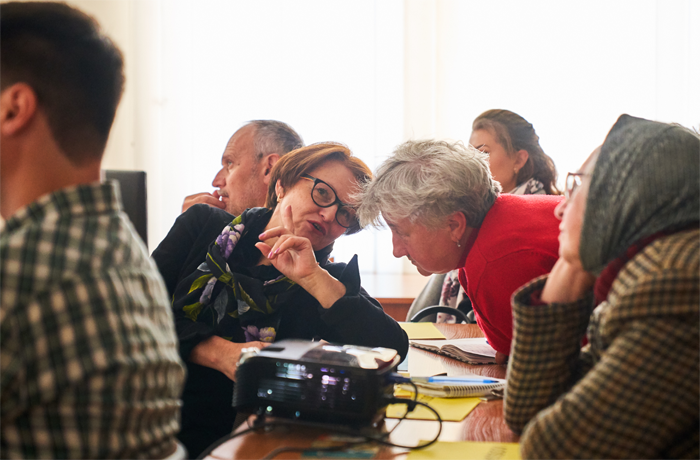 The Travelling Docudays UA in Ternopil opened on October 12 with a special festival event — the first screening of Frederick Wiseman’s film Ex Libris: The New York Public Library in this year’s Travelling Festival programme. The author is, without exaggeration, a great director and the owner of an honorary Academy Award and an honorary Golden Lion of the Venetian Film Festival for his significant contribution in the development of global filmmaking. 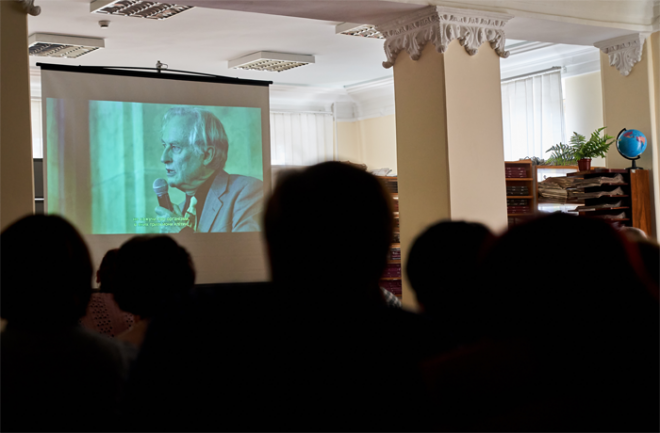 This film is an exhilarating panoramic canvas which reflects the multifaceted activities of New York’s biggest public library which is accessible to every resident of the metropolis. The film is about the fact that contemporary libraries are not just books and walls, they are also people who fill their communities with creativity. They are the “pillars of democracy” in the contemporary world, because only educated and responsible citizens can fully enjoy the benefits of freedom, human rights, and the constitutional order. The experience of advanced countries also proves that the most consistent development results are demonstrated by knowledge-based economies. Finally, in any society, libraries are the spaces where benevolent curiosity opposes aggressive ignorance...

The screening and discussion about Frederick Wiseman’s cinematic masterpiece were supported by the US Embassy and took place in the reading hall of the Ternopil Regional Universal Science Library. The audience hall was filled with employees of city and university libraries, students, activists… The screening was followed by a discussion, “The Library as a Community Center in the City, Town, or Village: Utopia or Reality?” The discussion was moderated by Mrs. Halyna Poliova, the deputy director of scientific activities at the Regional Library. 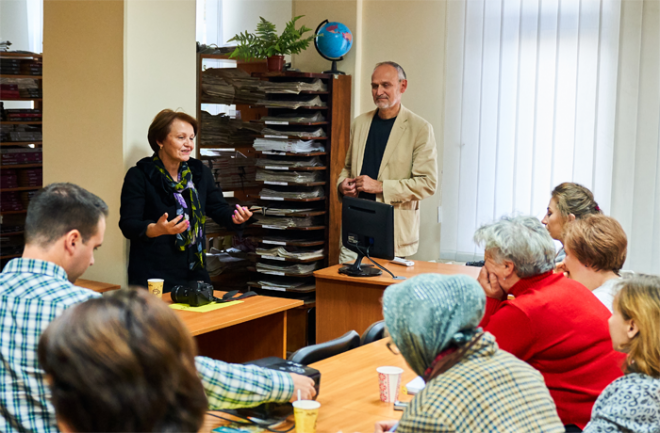 The meeting was concluded with a Docudays UA presentation of the new book Reconciliation: Signs along the Road by Enver Djuliman, the expert in armed conflicts from the Norwegian Helsinki Committee.

There are many problems with the development of library keeping in the region. The fate of many village libraries in the process of implementation of the decentralization policies remains unclear. For decades, we’ve failed to “unfreeze” the construction of the new building of the Ternopil Regional Universal Science Library, which was started back in 1986 — a modern building, grand in concept and size, just like the main library of a university city is supposed to be. In spring 2017, the head of the Ternopil Regional State Administration Stepan Barna claimed that “the issue of completing the construction of the Ternopil RUSL can be resolved within a few months.”

Thus, the organizers of this Docudays UA event hoped to have a substantial dialogue about this group of problems with representatives of the government. The heads of the Ternopil Regional and City Councils, as well as the head of the Regional State Administration, were invited to watch Ex Libris and talk in the Regional Library. But nobody came from government institutions… 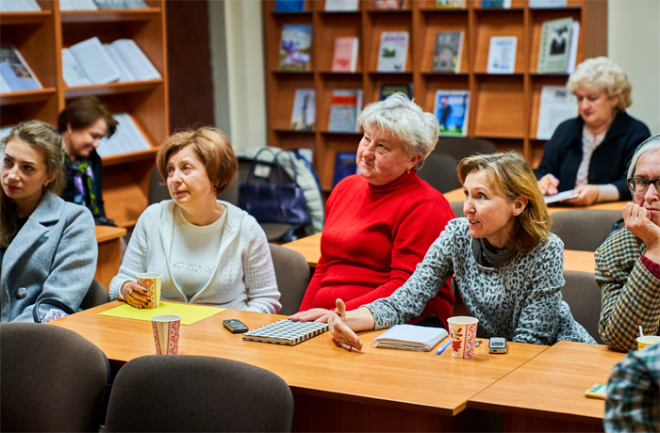