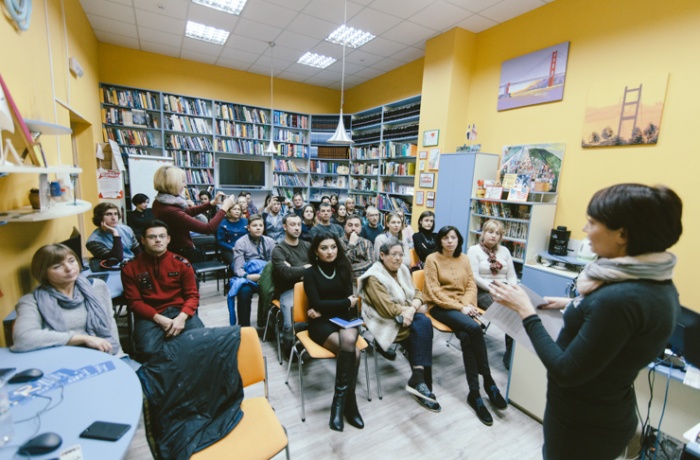 On 5 December 2018, the Zakarpattia Regional Universal Science Library in Uzhgorod hosted a screening of the film Ex Libris: The New York Public Library by Frederick Wiseman. The screening was followed by an equally lively discussion, thanks to the event moderator Yevhenia Napuda and the writer, poet and translator Andriy Liubka. The Screening and discussion were supported by the US Embassy in Ukraine.

It should be noted that this library is a very active center of Uzhgorod community life. For example, on the day before the screening, 4 December, it hosted a presentation of Olesia Yaremchuk’s book Our Others: The Stories of Ukrainian Diversity; on 5 December, there was our event; on 6 December, a literary party called She Lived by Her Soul’s Fire (on the occasion of Olha Kobylianska’s 155th birthday); and on 7 December, there was a roundtable dedicated to the 70th anniversary of the Declaration of Human Rights and international human rights. 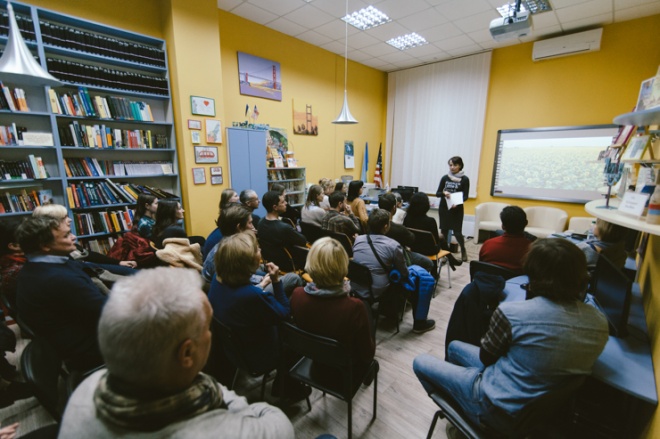 Here is a brief summary of the discussion between Yevhenia Napuda, the head of the service department at the Zakarpattia Regional Universal Science Library (Y.N.) and Andriy Liubka, Ukrainian writer, poet, translator, essay author (A.L.). 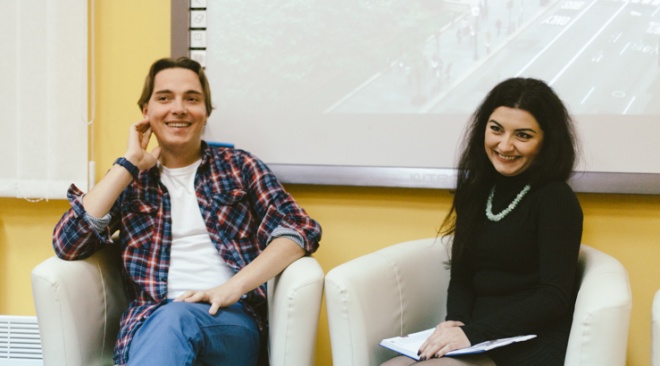 A.L. I’ve been to the New York Public Library. It’s the same as any other library. The difference is in the way its work and offers are organized. The library is a collection of books, a collection of media. Actually, the quality of libraries can serve as an indicator of the condition of the state. The library is the face of a city. In Sweden, in a rather old city, I’ve seen a library in an absolutely new building constructed according to an ultra-modern project, and equipped in an equally modern way.

I don’t often visit libraries for books. If I want to have a book, I try to buy it. It’s more comforting for me, it’s comforting to see the book on my shelf and know that I can re-read it at any moment.

Y.N. Library babysitter. We’ve seen in the film that at the New York Library you can leave your child in the care of people who help them to learn.

Although our library is a science library, and its target audience are adults, we also organized a small space where children can do things that are interesting for them, while the adults work.

Just as at the New York Library, we’re trying to provide time and space for potential employers who can present themselves to job seekers. During the Police Project, we informed Zakarpattia residents about the key points of the Police Reform. 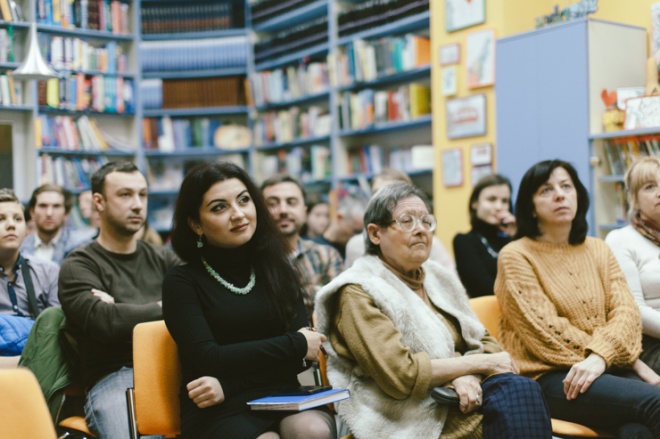 A.L. We’ve seen that the New York Library also offers services that seem archaic to our modern eye, such as answering questions or providing information by phone.

I don’t think that the attitude to libraries in Ukraine is different from other countries. But libraries are not all the same, there are libraries which have not bought any new books for years now.

As for the readers, it could be noted that the middle generation barely reads any books; I’m talking about the children of the 1990s.

Y.N. People don’t fully realize what a contemporary library is. Because in addition to renting books or magazines from the library, we can also fully use the infrastructure which the library possesses.

Quite often, when I talk about what we offer or organize in our library, people don’t believe me. When I was in Finland, for example, they were also amazed by our work. 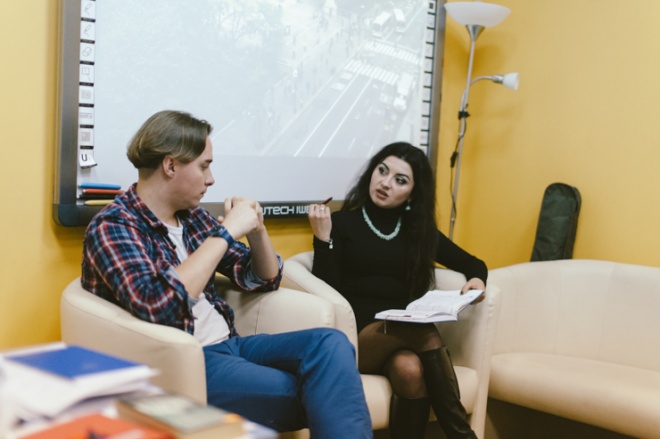 Andriy, do you think that original events should take place in libraries?

A.L. Of course, libraries should be active, take into account the requests of their visitors, and offer them something. Although it’s clear that the library is primarily a collection of books. In Norway, for example, a writer receives royalties when their books are rented from libraries. And not only the authors get paid, but the translators, too.

The Book Institute in Poland, for example, gave grants to small towns for building and filling libraries. Afterwards, the funding for the library should be provided by the community, as well as 15% of funding for its construction. Similar community support was provided to construct gyms or swimming pools, and the latter often won.

There are exemplary libraries which have all the amenities for their use, but there are also libraries which are extremely uncomfortable for prolonged stay — for example, because it’s cold in them.

I believe that libraries also need decentralization. So that they could decide on their own how to spend money, and feel free to plan events in the library and to buy books. 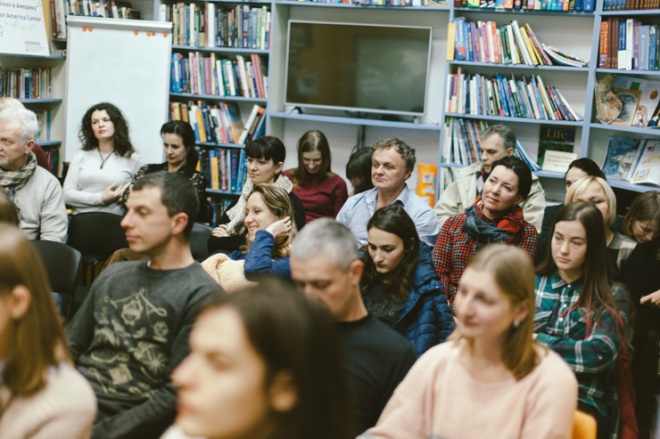 Y.N. Let’s go back to digitalization. Do you think that paper books should exist in our digital age?

A.L. I think that paper books will always exist. Despite the huge number of various sources of information, people get the majority of information by reading. And printed publications develop our visual memory better than anything else.

Y.N. There was another interesting comment in the film. That money invested in libraries today will soon bring returns. Our library’s funding is insufficient. And you can’t go too far on pure enthusiasm.

A.L. We’re moving in the right direction. I don’t think we need many libraries. It’s better to have fewer, but better. A library should look attractive and modern. Everyone should have access to its books. Maybe we should think about organizing a delivery service from libraries.

A.L. I don’t see any difference. Maybe our libraries should also think about organizing publishing and publish books by themselves, publish non-commercial literature, such as poetry, or reprint old editions. 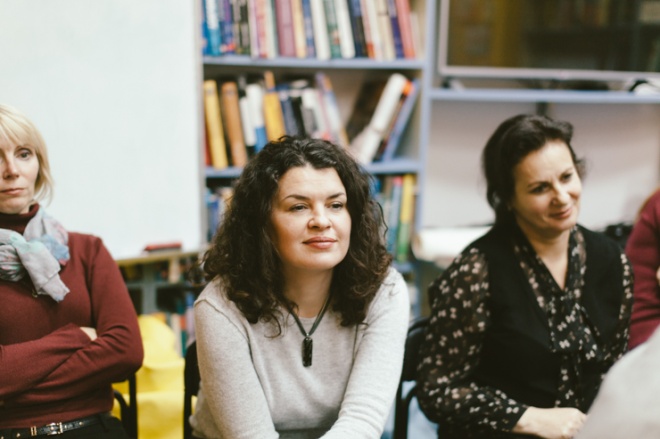 Questions from the audience:

What are the conditions for organizing an event in your library?

Y.N. It depends on the type of the event, whether it’s commercial or not. Talk to us, and we will discuss it.

Do libraries have charity foundations where people could donate money?

Y.N. We don’t have such a foundation, but we accept any gifts gladly.

The event was organized by Docudays UA’s regional partner in Zakarpattia, the Charity Organization “Health Care Committee in Zakarpattia”