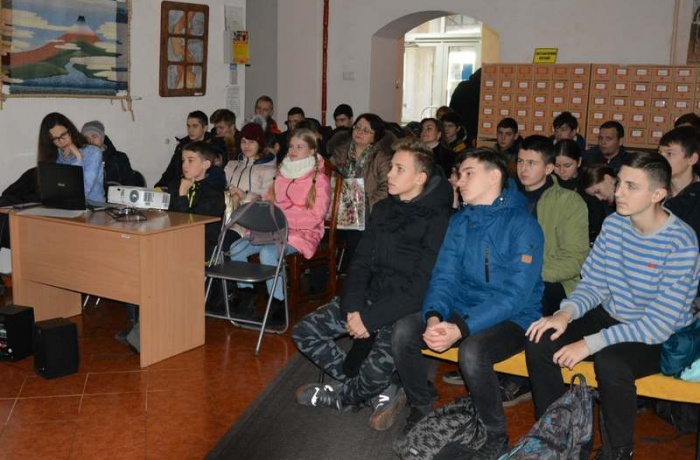 Allow the app to alter your consciousness? This was the question pondered by the viewers and participants of events during the 16th Travelling International Human Rights Documentary Film Festival Docudays UA. It took place in Rivne Region between 19 November and 16 December.

This year, we thought about the way our everyday life, habits and ways of communication had been changing with the emergence of digital technology, about the new possibilities they opened for exploring the reality, and about the control and information security dangers hidden in the digital network.

In Rivne Region, 8 films from the Festival program were demonstrated. In particular, the film Bellingcat: Truth in a Post-Truth World explores the work of Bellingcat, an international team of investigative journalists. The Cleaners showed us the world of online censorship which is outsourced by major web players such as Google, Facebook or Twitter to workers in the Philippines. The investigative film Death by Design uncovered the hidden processes in the electronics industry and proved that even the smallest gadgets have deadly consequences for the environment and human health.

In this period, the organizers, the Rivne Regional NGO “Committee of Voters of Ukraine”, held 16 film screenings in Rivne and Ostroh. The festival films were watched by audiences at 10 different locations: higher education institutions, creative spaces, a youth library, Sunflower Theater, Palace for Children and Youth, and even an IT company.

“In addition to screenings and discussions, as part of the festival, we held 5 lectures for young people in Rivne about digital development of the state and safe behavior in the contemporary digital world,” says Oleksiy Horetsky, director of the RRNGO “Committee of Voters of Ukraine” and the coordinator of the Travelling Festival. “This was the first time that we organized training on this topic. And it proved to be quite necessary today. Not only young people, who can no longer imagine their lives without modern technology, need this kind of training now. Middle-aged and older people also need it. Because actually, this technology is penetrating various spheres of our everyday life. So in order to have a comfortable life, everyone needs to know how to protect themselves from potential dangers of the digital world.”

Representatives of the Central Territorial Department of Justice in Rivne Region helped to organize the lectures. “Because today, the political will of the country’s leadership exists, and ‘the government in a smartphone’ is our near future. So the question of safe behavior by citizens in the digital world is very relevant,” claims Oksana Salchuk.

Overall, the Festival was held in Rivne Region for the eighth year in a row. This year, over 450 residents and guests of the region participated in its events.

The partners of this year’s Travelling Festival were the Rivne Regional Youth Library, Sunflower Theater, the Central Territorial Department of Justice in Rivne Region, NGO “Ecoclub”.