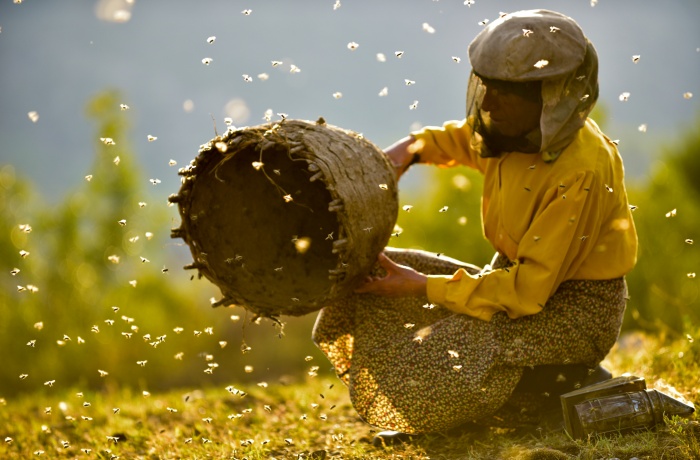 In a deserted Macedonian village, Hatidze, a 50-something woman, trudges up a hillside to check her bee colonies nestled in the rocks. Serenading them with a secret chant, she gently manoeuvres the honeycomb without netting or gloves. Back at her homestead, Hatidze tends to her handmade hives and her bedridden mother, occasionally heading to the capital to market her wares. One day, an itinerant family installs itself next door, and Hatidze’s peaceful kingdom gives way to roaring engines, seven shrieking children, and 150 cows. Soon the family’s patriarch Hussein makes a series of decisions that could destroy Hatidze’s way of life forever. 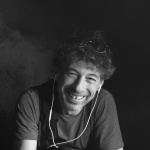 Ljubomir Stefanov was born in 1975 in Skopje, Macedonia. He has over 20 years of experience in developing and producing communication concepts and documentaries related to environmental issues and human development. He has worked for clients such as UN agencies, Euronatur and Swisscontact. Honeyland is his first feature-length documentary. 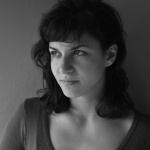 Tamara Kotevska was born in 1993 in Prilep, Macedonia and currently lives in Skopje. She graduated in film directing from the Faculty of Dramatic Arts Skopje. She is a freelance film director working with documentary and fiction films. Honeyland is her first feature-length documentary.