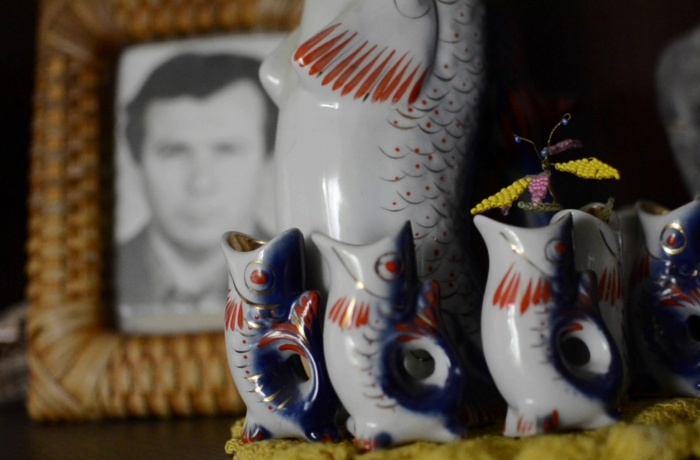 This year, the festival visited the Equality East community center, which opened in Mariupol a few years ago, for the first time. The center’s goal is to support marginalized groups, particularly the LGBTIQ+ teenagers of the city, by providing psychological and legal help. At the center, you can get a free HIV test, receive consultations from the center’s employees, get support and talk about the important things in a safe circle of like-minded people.

A Friday’s Monday shows the day-to-day life of a post-soviet family, its members’ stereotypes and the gendered space in which they live. The screening participants noted that they recognized elements of their own family lives and those whom they had met throughout their lives on the screen. “I felt like a guest who is watching the life of a different family. Almost like a reality show,” said one of the audience members.

During the discussion that followed the screening, the participants also discussed how stereotypes develop and how they are related to discrimination and hate crimes. One of the audience members noted: “Everyone has stereotypes. But if they stubbornly refuse to accept a differing opinion, it can have negative consequences in the form of biases and discrimination.”

In particular, the discussion touched upon the topic of media responsibility. The participants discussed how posts and comments on social media can spread and reinforce biases. Viral content is often the content that evokes an emotional response from social media users. But these emotions are not always positive.

Populist posts which play on the readers’ negative stereotypes get thousands of views, likes and shares. At the end of the discussion, the audience reached a shared conclusion that online hate speech can transform into real-life persecution and is a dangerous phenomenon which should not be tolerated by society.