Encyclopaedia of the Maidan 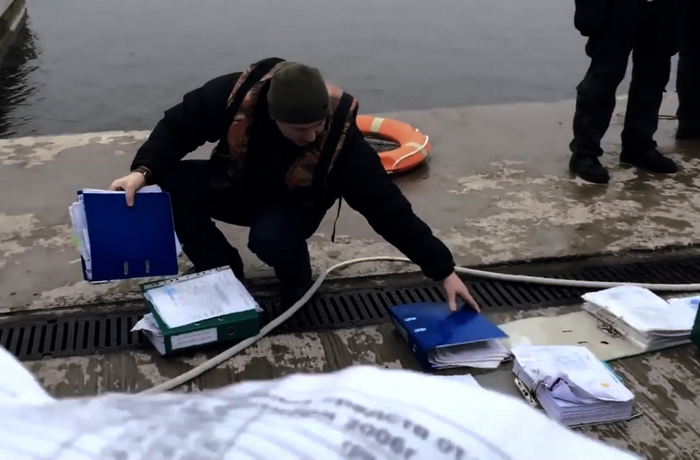 Encyclopaedia of the Maidan is a series of short stories about the outburst of civic activity in Ukraine. The films’ heroes are human rights activists, volunteers, military doctors, journalists, bloggers, common people, who changed the reality of today’s Ukraine. Every hero or heroine has their own story, but all of them join together into a single narrative.

Automaidan – civic activities on four wheels. It started as an association of car owners who patrolled the streets, blocked government buildings, and helped the activists on the Maidan.

The day after the students on the Euromaidan were beaten up, the activists of the Center for Civil Liberties opened a hotline for the victims and the volunteer lawyers, thus providing the protesters with legal services and defenders in court. Today, they monitor war crimes, engage in international advocacy, and struggle for the release of Ukrainian political prisoners in Russia.

From its first days, the Euromaidan was guarded by Self-Defense – the volunteers who maintained order and security by working in shifts. Now most of them serve in the National Guard of Ukraine, and the rest have created self-defense squads in cities and villages all over Ukraine and maintain public order. The Odessa Self-Defense revealed a scheme for smuggling fuel via the sea port to the occupied territories of the Donbas.

On the first day of the Russian occupation of the peninsula, Crimean activists created a Facebook page with this title to provide up-to-date and reliable information about the situation in Crimea. Today, Crimea SOS provides urgent humanitarian, legal, psychological aid to internally displaced persons, and is fighting for the return of Crimea to Ukraine.

Myr – a film about Myroslav Hay, an acting teacher in the famous project So You Think You Can Dance,who, during the very first days of Russia’s aggression in eastern Ukraine, created a powerful volunteer foundation, and provides the soldiers of the Anti-Terrorist Operation with food, uniforms, night vision devices, and other military equipment.

Lustration – a story of the struggle of Yehor Sobolev, the ‘chief lustrator of the country’, to pass the Ukrainian bill on government lustration, and the importance of creating the Lustration Committee.

While he was fleeing Ukraine, President Viktor Yanukovych tried to destroy all the evidence of his government’s corrupt activities. In order to save the drowned, slashed and burned papers and bring about the punishment of the criminals in power, journalists and volunteers organized the White Collar Unit, which day by day is building up valid proof of the crimes from the tiniest pieces.

Bloggers – a film about the common people who, using social media, changed the course of the information war waged by Russia, and created truthful sources of information about the events in Ukraine for the whole world.

In the east and south of Ukraine, many people do not speak Ukrainian. Activists organize free courses for everyone who wants to learn, bring book fairs and music bands to cities and towns, and organize meetings with writers.

During a year of the war, Ilya ‘Hottabych’ Lysenko, a participant in the Maidan and a successful financial director, managed to create a team of five medical crews who evacuate the injured under fire from the hottest flashpoints on the frontline.