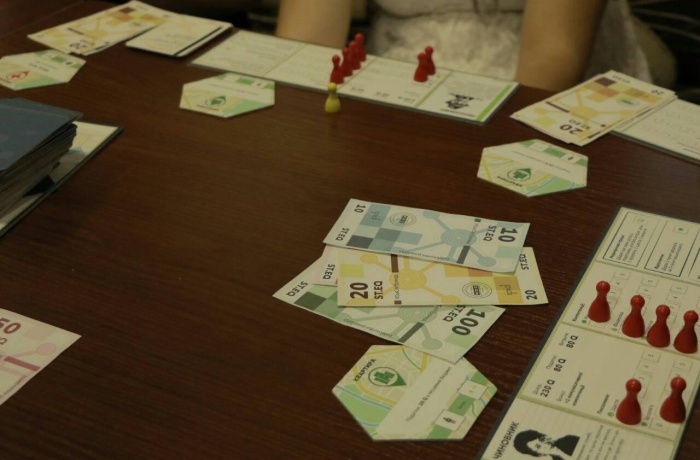 The Travelling Docudays UA in Poltava and the region is looking for new approaches to working with young people. During the 17th Travelling Festival, we found this instrument for developing the skills of collective work, looking for joint decisions and forms of interaction in the Community World game, played by teenagers and adults.


Through a game, Community World helps discover informal leaders in the community, introduces players to community development tools, teaches them to make independent decisions. The game’s participants tried on various social roles and learned how business, the tax system and communal property work.


Mykhailo Anisimov, one of the players in the team that won, shares his impressions and experience: “Each player had their own role, but the team had a shared goal. To achieve it, all the participants made their contribution. Our community won because we made decisions together and actively interacted with one another. I am satisfied with the game’s result, because now I have a broader idea about various aspects of community life, I understand why it’s important to pay taxes, and I know that everyone can influence the development of their village or city.”

The Community World game reveals the importance of collective work, its influence on individual achievements. The game’s host, Anastasia Kelym, notes: “I’m very grateful to the players for the most successful game I’ve seen live. For the first time, I watched a team come together for the end goal, and in each step they took, they focused primarily on how useful it would be for the community in general. I believe that this reflects how the new generation treats the commons and their role in the country’s development.”