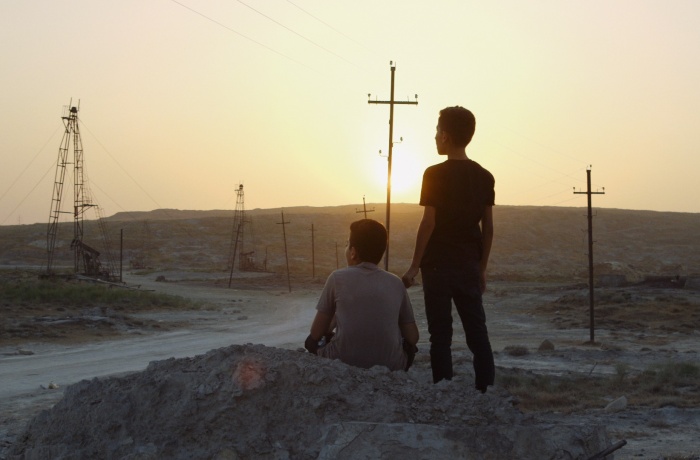 This year, platforms for film screenings and discussions will include not only cinemas, houses of culture, schools, higher education institutions, film clubs, creative spaces, libraries, and institutions of the penitentiary system. In response to the challenges of the pandemic, we will offer a number of online film screenings and education events during the Travelling Docudays UA. Regardless of the event format, the audience will have a chance to talk with filmmakers, invited human rights advocates, and cultural figures.

Through the Teen Spirit topic, this year’s festival contemplates how young people’s voices can be heard in discussions of social issues; whether children can be viewed not only as objects of protection, but also as individuals with rights; how, in a situation of an armed conflict, the government can counteract violence against and exploitation of children, realize their rights to education and development; and whether the process of growing up is limited to the challenges of adolescence.

The TEEN SPIRIT program focuses on the problems of the young protagonists’ past and future, as well as on the eternal questions of relationships with parents, private and professional life. At the Travelling Festival, the program will be represented by the film Punks, directed by Maasja Ooms, which was awarded a special mention by the teen jury of Docudays UA 2020. The film tells the story of a group of teenagers who try to tame their demons with music and therapy at a remote farm in France. In this intimate and sincere portrait, these troubled kids show us their most vulnerable sides. 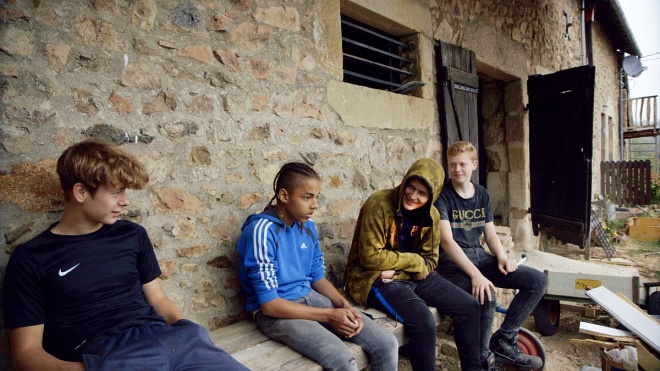 The film Scheme Birds from the Lost Film Found: Scotland in Focus programme continues to explore the crisis of growing up, telling the story of a rebel teenage girl Gemma from Scotland. The unruly teenager’s grandfather wants to help Gemma and the local ex-convicts to find a new meaning in life. He opens a boxing gym that he converts once a week into a pigeon show. But is this enough to channel the girl’s energy away from the streets?

Growing up is a process of realizing the necessity and inevitability of making decisions that are often difficult. The Good Death, directed by Tomáš Krupa, is about one of the hardest decisions one can make. The protagonist, Janette, is terminally ill and wants to die in a dignified way, but British laws do not allow it. She gets in touch with Dr. Erika in Switzerland, who is willing to help her, and she organises her departure with inner peace.

The DOCU/BEST programme will be represented by the film Overseas, directed by Sung-A Yoon. The film brings to light the question of modern servitude in our globalised world, telling the story of women who have to move abroad to work as domestic workers or nannies. At the same time, it emphasises the protagonists’ determination, their sisterhood and stoicism. 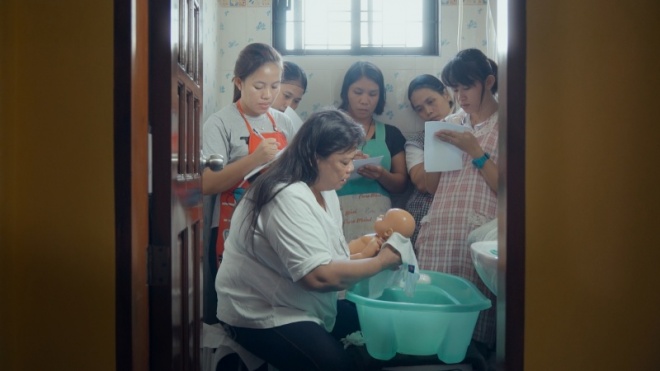 The DOCU/WORLD international competition is represented at the Travelling Festival by three films. One of them is The Cause, which was awarded a special mention at Docudays UA 2020. The film sheds light on everyday life in the PGV prison in Venezuela from the inside, and the corrupt penitentiary system around it. A Tunnel records changes that happen in a remote Georgian village, where hundreds of Chinese people settle to build a modernised railway that will link China and Europe. Of Animals and Men tells the story of the Warsaw Zoo, which gave refuge to the Jews and Polish resistance fighters during the Second World War.

The national DOCU/UKRAINE competition will be represented at the Travelling Festival by three feature-length debuts of Ukrainian filmmakers. Personal videos from the phones, camcorders, cameras and GoPros of Ukrainian soldiers are woven into the film War Note, directed by Roman Liubyi. The film was awarded a special mention in the RIGHTS NOW! category, the Andriy Matrosov award from the festival organizers, and the audience award at Docudays UA 2020. New Jerusalem by the directors’ duo of Yarema Malashchuk and Roman Himey offers the audience to follow thousands of Christian pilgrims who walk to Zarvanytsia on foot every year. Don't Worry, The Doors Will Open by Oksana Karpovych focuses on the dilemmas of building a new post-revolutionary identity, which emerges through the faces of the mostly marginalised passengers of a commuter train. 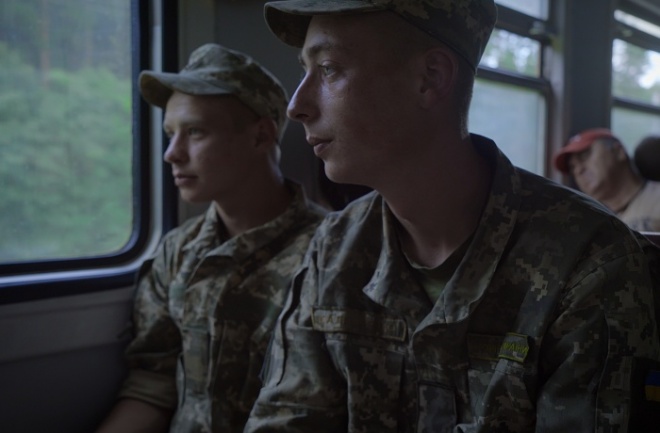 The short films in the DOCU/SHORT selection present experimental observations and studies of the Ukrainian reality. In Circulation by Oleksiy Radynski, which was awarded a special mention at Docudays UA 2020, a suburban train transforms into a track for a camera dolly, recording the transformations of a Kyiv landscape. A Friday’s Monday by Ivanna Prokopchuk shows day-to-day life, cramped relationships, and the gendered communication of a modern Ukrainian family. The phenomenon of the swamp and one of Ukraine’s largest

The DOCU/KIDS programme presents three stories where, instead of fairytale superheroes, we meet ordinary kids from all over the world. Dear Darkness is the story of 12-year-old Frida, who is almost blind. But in her dreams all the images clear up – so she can “see” what is hidden for others. Karla & Nordahl documents the life of 6-year-old Karla and her big brother Nordahl, who has learning difficulties. Bird Boy is a new film by Simon Lereng Wilmont, who directed The Distant Barking of Dogs, last year’s student jury favorite and an Oscar nominee. 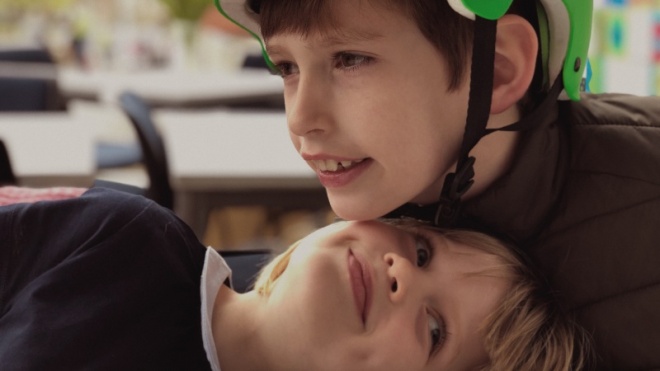 The human rights component is represented by the All-Ukrainian Campaign Against Cyberbullying, whose goal is to reduce cases of cyberbullying by informing the society and advocating for changes to the government’s human rights policies.

In addition to online and offline events and film screenings in the regions, the DOCUSPACE online cinema will also work as a part of the Travelling Festival. From August until December, you will have a chance to watch 5 festival hits on docuspace.org; each of them will be in open access for a month: Pure Art, Jawline, Honeyland, The Brink and Eye to Eye. The problems contemplated by these films will become topics for a discussion series both in the regions and on the Docudays UA YouTube channel, DOCUSPACE, and Docudays UA Facebook page.

The festival’s partners in the Ukrainian regions are 44 youth and human rights organizations and 305 Docudays UA human rights media education film clubs. You can find more details on the programme of regional screenings on the official website of the Travelling Docudays UA Festival – travelling.docudays.ua.

Accessibility at the Festival

We want to make documentary films and festival screenings accessible for everyone.

All films have adapted subtitles in Ukrainian (except for the DOCU/UKRAINE and DOKU/KIDS programmes). These are subtitles with special markings, symbols and added text which reflect the film’s sound and allow people with hearing impairments to get immersed in the film’s atmosphere and follow its content.

We create opportunities for everyone in Ukraine to watch talented and relevant human rights documentaries from all over the world. We form an active civil position and respect for human dignity. We support the development of the Ukrainian film industry.

The Festival is non-political and non-commercial.

The Travelling Docudays UA International Human Rights Documentary Film Festival is supported by the Embassy of Sweden and Goethe-Institut.